How are you pretending it's OK not to have a pension?

ARE you secretly shitting yourself about not having a pension but want to pretend it’s fine? Here are some great ways to delude yourself.

There’ll be lots of people in the same boat

Tell yourself there’ll be loads of people without pensions so the government is bound to make sure they’re OK. Ignore the fact that you’re more likely to be put in a ‘granny camp’ surrounded by razor wire making cheap socks for Primark.

You can live off your inheritance

This might be the case if you’re a character in a Dickens novel, but in reality your parents are more likely to sell their home to pay for Saga cruises and things old people shouldn’t have, like MacBooks and Viagra-fuelled swinging parties.

Convince yourself you’re a rebel

Keep telling yourself not having a pension is like being Peter Fonda in Easy Rider. You’re a free spirit and The Man ain’t going to make you pay into a pension.

You’ll be too old to enjoy yourself anyway

Paint the bleakest possible mental picture of retirement, eg. watching Eggheads again in a grim retirement home while eating mashed banana. Don’t dwell on all the ‘silver foxes’ having a high old time in retirement with their sports cars and wine tasting holidays.

Have an improbable last-minute ‘plan’

You can probably do something that will make you rich just in time for retirement such as writing a best-selling novel. Other unlikely schemes might include inventing a ubiquitous product such as Post-it notes or a jet engine powered by tap water.

Note: This plan may unravel as you find yourself aged 64 still stuck on page three of your dire novel about a giant man-eating squid which is basically Jaws but much, much shitter.

Pray that Brexit obliterates the UK economy or there’s a nuclear war so everyone is equally fucked. As you cook squirrel stew in a filthy dustbin lid at least you didn’t waste money on a boring pension back in ‘the Happy Times’.

Do you put the milk in a cup of tea first or are you a normal human being? 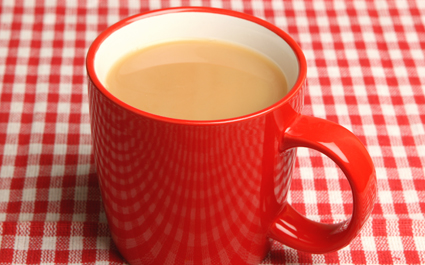 Do you put the diluting juice in first and then the water?

A. Yes. Of course, how else would you do it?
B. No. I put the water in and then the diluting juice, then I pour it over my own head while thinking how delicious the juice back on Jupiter is.

Do you save the bit of chocolate at the bottom of a Cornetto until last?
A. Yes. It’s the nicest bit of it and it’s at the bottom, so of course I eat that last.
B. No, I eat that bit straight away. Then I look at the rest of the Cornetto and think how strange Earthlings customs are.

Do you put the milk in a cup of tea first?
A. No, as I’m from planet Earth.
B. Of course I do, because I was born and raised on Jupiter.

Mostly Bs: Fuck off back to where you came from you extraterrestrial oddball.