Where all the money's gone, by Tommy Robinson

LIBERALS, who are the real racists, have accused me of spending my honest English patriot supporters’ money on booze and coke. Lies. Here’s where it went:

A castle where whites can be safe

An Englishman’s home is his castle, and I am nothing if not an Englishman. I didn’t demand a 60,000 square foot home to live in. Those loyal to the red, white and blue demanded it for me, and it was my honour to live there. Also there’s a 32ft bouncy castle, but that’s for the kiddies.

A submarine for patrolling English waters

Our country’s under siege. You know this. And if our shores aren’t guarded we’ll be flooded with undesirables. I can’t say who because the media will twist my words. So I’ve been patrolling secretly in a submarine my mate Trev built in his garage. He’s got a bar inside, and you watch the underwater stuff on a 55-inch flatscreen. Yeah, we have a few cans, but sailors have always liked a drink.

There’s nothing at all offensive about blackface. I’m reliably informed Trevor McDonald was The Black & White Minstrel Show’s biggest fan. So when the family needs entertaining and can’t watch the ‘diversity’ propaganda on the BBC, I black up and do a little show for them, proving I’m not racist once and for all. Not cheap though, boot polish.

In today’s Britain a white man can’t be sure his blood hasn’t been polluted. I’m not saying what with because I don’t have to, you’ve been on buses. So now and then I administer a special medicinal white powder into my bloodstream that purges all impurities from it. You’re soon buzzing with good health.

A film I’ve not finished yet

How do you win hearts and minds? As Hitler knew, with films. Not right about everything but he was a military genius. Anyway, I’ve been making a film with a patriotic theme in me bedroom with a green screen. It’s kind of a kung-fu action superhero sci-fi romance epic. I play Captain England, so you’ll all get your money back when Marvel buys it.

'Good luck' everyone aged between 0 and 49 told 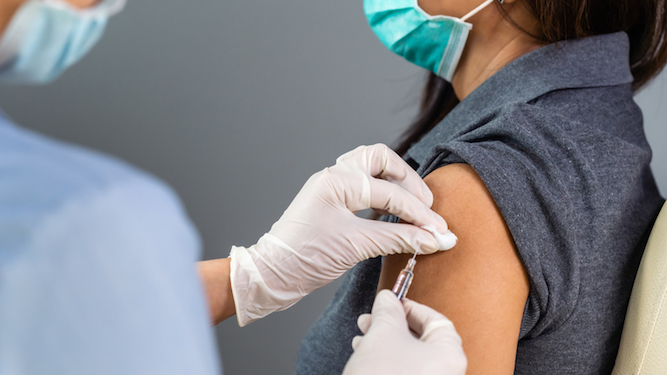 BRITONS aged below 50 have been wished the best of luck in dealing with a virus they will not be vaccinated against for f**king ages.

Everyone in the 0 to 49 age bracket has been given a big thumbs-up by the government and reminded that there are only a few months or years of their Covid ordeal left to slog through.

A Downing Street spokesperson said: “Having buggered up PPE and now the vaccine rollout, we’ve been left with no alternative but to offer the young and middle-aged positive vibes.

“The concept of good luck will be totally alien to anyone who has grown up under Tory rule. But if you dig deep and turn that frown upside down, you might just forget about our ineptitude before the next election.

“Although having said that, striding around with misplaced optimism will probably send the R number skyrocketing. So maybe stick to the familiar misery for a little while longer.”

42-year-old Wayne Hayes said: “This is excellent news. I’ll get back to lying on the sofa feeling depressed and worrying about losing my job with a new sense of optimism.”