Which bollocks conspiracy theory is right for you?

BRITAIN increasingly seems to be a nation of Covid conspiracy theorists, but it can’t last forever. So if you want to obsess over paranoid nonsense, which theory to opt for?

Excellent conspiracy theory because you can project your own mad ideas onto it. What’s in the vaccine? Microchips? Mind-control drugs? Extra-terrestrial blood? Let your imagination run free, and be sure to call anyone who disagrees with you a brainwashed puppet sheep.

Is a slightly higher-bandwidth mobile network the ideal method of enslaving the population? Possibly not. Experts in the field such as Joseph Stalin or Saddam Hussein, would argue that secret police, informants and lengthy prison sentences are more effective.

Classic conspiracy bollocks like a vintage wine. Marine marksman Lee Harvey Oswald shot a man in a slow-moving open car from a good vantage point, but don’t let that stop you developing a complex theory about the Mafia trying to kill Marilyn for sleeping with Fidel Castro because Jack Ruby worked for NASA. You’ll get plenty of followers online.

The Earth is flat

So retro it’s new, and there are a myriad ways to disprove it. Just go to the edge and see if you fall off. Really more for alternative conspiracy theorists who get off on winding up the squares or the genuinely troubled who can’t understand why if the planet’s a sphere every walk isn’t downhill.

These nutters are untroubled by the horrible deaths of thousands of innocents, so why not join them? Very fertile ground for loony ideas; if you’re bored of the mundane concept of the CIA carrying out a ‘false flag’ operation, there’s always the possibility that the airliner attacks on the Pentagon were ‘laser holograms’. Yes, that’s a real idea.

Why bother with the halfway plausible? Get into Nazi flying saucers and bore strangers with outlandish claims that Die Glocke was a genuine anti-gravity device. With the bonus that if you’re right, you get to meet a Wolfenstein-style robot Hitler on the dark side of the moon.

Lunch or dinner, pastie or pasty, scone or scone? The pathetic issues that divide Britain 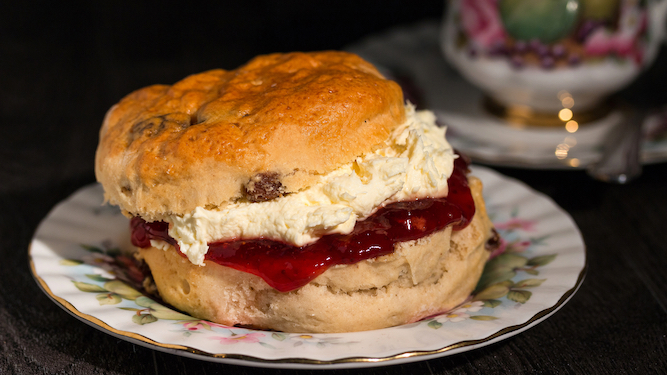 NOW Brexit’s over, the nation has turned eagerly to the contentious issues that divided it irrevocably in happier times. Like these:

Pronounced the same, but spelled how? True Cornishmen go with pastie, but pasty has more followers including every tubby trucker’s best friend, Ginsters. Greggs sits on the fence and calls them bakes, perhaps in subconscious recognition that the shit they sell is not a pastie.

Is lunch dinner and is dinner tea?

There’s a point between Nottingham and Sheffield, travelling north around about the Tibshelf services on the M1, where people stop calling their evening meal ‘dinner’ and start calling it ‘tea’. Carry on up the M1 to Scotland and it becomes ‘dinner’ again. At least the country is united behind the belief that calling it ‘supper’ is for twats.

A nested pair of arguments which set man against wife, brother against sister and Devon against Cornwall. The eventual war between the counties will be sparked by an incorrectly prepared cream tea escalating into a nationwide conflict about how to say the key ingredient.

Which way round does the toilet roll go?

Some people say the loose end should go nearest the wall as it looks neater. These people have Astroturfed gardens and regularly Hoover their children. It’s there for cleaning up after a dump. Don’t overcomplicate it.

Not which of them is best, but which is which? The pair claim to have sorted this years ago, with Ant always standing on the left of Dec when they appear together. But is it their left, or our left as we look at them?