Which tw*ts are coming to your school reunion?

IT’S traditional for school reunions to only be attended by people you didn’t like. So which t*ssers from the past can you expect to see?

When you were nine, Steve inspired the same fear as Ralph Fiennes’s Nazi sadist in Schindler’s List. Can it really be the same person as this middle-aged loser whose idea of sparkling conversation is telling you about his work van?

Try as you might you don’t remember Iain or June. Were they in a different year? No. Were they off school a lot with some illness? No. Which trying to place them you will realise your memory lapse is due to them being as dull as a cardboard f**king box. They work in IT now.

Annoying girl who was quite good at drama and wanted to be an actress. That clearly didn’t pan out because she’s working in HR at Vodafone. Avoid her at all costs before faux-cheerful comments like ‘I sell knitted gonks from my Etsy shop’ depress you.

Frequently called ‘Rob’, he was fantastically cool aged 15 due to being fairly good at football, having the latest trainers and a rumour that he fingered Lisa Kelly at a party. He is not cool any more. He is fat and so is his wife, he does not earn much and his children sound thick. This is excellent.

When you tell him what you do, this tw*t will immediately say “Bet you’re coining it in!”, even if it’s not an obviously high-income career like Colombian coke baron. Leave before he starts telling you about his ISAs.

Person with an obvious void in their life

Possibly the one who organised the reunion. As they reel off a list of classmates, you remember they weren’t really friends with any of them. When they desperately say ‘We should make this a regular thing!’ give them a fake phone number. 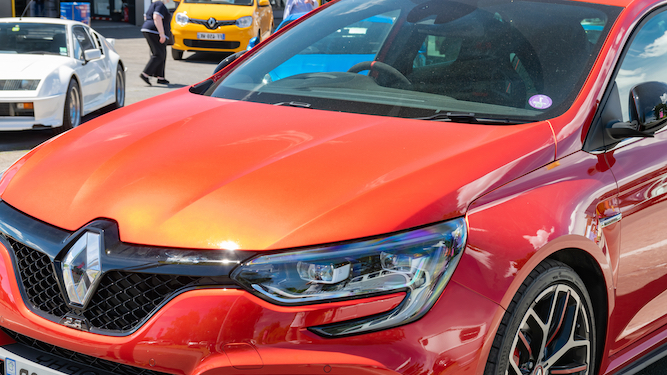 A WOMAN has fallen head-over-heels in love with the driver of a hot hatchback who revved his car at traffic lights.

Helen Archer, aged 24, was in a long-term relationship she thought was happy but has dumped her boyfriend to pursue the mystery driver of the modified Renault Megane who is everything she desires.

She said: “As soon as I heard the hoarse whine of his engine, I knew I had to make this man mine, whatever it took.

“Women pretend that we care about a man’s personality or physical appearance, but in truth all we want is a man who can press their foot down on a pedal repeatedly while looking around to see who noticed.

“The windows were too smoked for me to identify the driver. He roared away before I could catch his name. All I can do is roam the streets searching for the sound of his engine like Prince Charming looking for Cinderella.”

Driver Nathan Muir said: “Works every time. They hear the aggressive rising rasp of my titanium twin exhaust and the knickers simply drop.

“Unfortunately by that point I’m 300 yards down the road giving the finger to a cyclist so I haven’t been able to take advantage of it yet. Which is why I’ve never had a girlfriend.”