THE latest guidance from this government making it no longer compulsory to wear masks is a sickening fascist move that should go much further.

Sure, the government masquerades as libertarians. But if they truly believed, like us anti-maskers, that people should do as they please and not be taken in by made-up stories of viruses somehow flying through the air – it’s hilarious when you think about it! – mysteriously infecting people, here’s what they should do:

Send armed squads, dressed in black for the purposes of identification, onto buses and trains, and into schools and hospitals. Anyone caught wearing one of these liberty-denying face cloths of oppression will have it torn off their face and face a stiff prison sentence.

Tell everyone the war against ‘Covid’ is over and we have won.

No one should be allowed to wear masks in a truly liberated society any more than Germans should have been allowed to go around waving swastikas after World War 2. I think that’s an entirely reasonable and tasteful comparison.

As for vaccines, now that they’re no longer needed – as if they ever were, except to oppress us brave free thinkers! – the same scientists who worked on these mind control drugs should be made to create an antidote for them. With compulsory injections for everyone so they can think clearly again.

Confused? It’s all perfectly straightforward, unless you’re a brainwashed sheeple. The day of enlightenment is at hand and victory for Piers Corbynism is near! 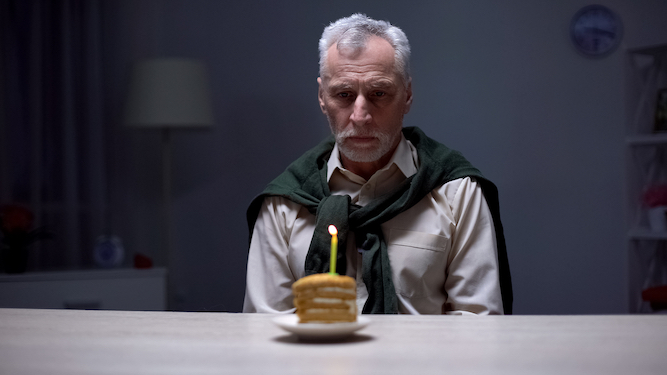 UNSURE if it matters that Johnson’s July 2020 birthday party broke the rules? Compare it to the shitty celebration you had that year:

Unless your birthday fell before lockdown or in the weird summer reprieve nobody trusted, it took place in the same spot as everything else in 2020: on the sofa in a post-midday wank stupor.

Nobody attended your birthday party in person because popping round, getting trashed and eating Party Rings didn’t count as state-approved daily exercise. After months indoors you would have given anything to celebrate with your mates. Even just 10 minutes would’ve cheered you up, but the police made it very clear that was illegal.

Did you get any? Were they any good? Hard to tell; you had so many Amazon parcels of unnecessary tat delivered in 2020 that you lost track. Did your auntie break her habit of giving you generic, impersonal gifts, or did you buy that N64 game you always wanted as a kid for yourself at 2am while blind drunk? You’ll never know.

After quickly exhausting the joy of baking during the lockdown’s banana bread phase, you bought your own cake from the shops. Panic-buyers had already snapped up all the Colin the Caterpillars, leaving you with a stale, marked-down cupcake that only lasted for a couple of bites. You didn’t bother with candles. They wouldn’t have survived the tears.

Scientists believed singing propelled coronavirus particles through the air and banned it. So your birthday was a dreary, tuneless affair, but at least you were obeying the rules not metaphorically giving the NHS the middle finger. Unless you ignored all the guidance as Tory MPs are now saying everyone did, in which case f**k you.