To put the problem in the simplest terms, throttling people with your mind continues to be sidelined in the way the firm operates and thinks about making people dead.

The Empire is one of the galaxy’s largest and most important oppressive regimes and it is too integral to galactic murder to continue to act this way. The firm has veered so far from the place I joined right out of Yoda College that I can no longer in good conscience point menacingly and say that I identify with what it stands for.

How did we get here? The Empire changed the way it thought about leadership. Leadership used to be about ideas, setting an example and killing your former mentor with a light sabre. Today, if you make enough money you will be promoted into a position of influence, even if you have a disturbing lack of faith.

What are three quick ways to become a leader? a) Execute on the firm’s ‘axes’, which is Empire-speak for persuading your clients to invest in ‘prime-quality’ residential building plots on Alderaan that don’t exist and have not existed since we blew it up. b) ‘Hunt Elephants’. In English: get your clients – some of whom are sophisticated, and some of whom aren’t – to tempt their friends to Cloud City and then betray them. c) Hand over rebel smugglers to an incredibly fat gangster.

When I was a first-year analyst I didn’t know where the bathroom was, or how to tie my shoelaces telepathically. I was taught to be concerned with learning the ropes, finding out what a protocol droid was and putting my helmet on properly so people could not see my badly damaged head.

I hope this can be a wake-up call. Make killing people in terrifying and unstoppable ways the focal point of your business again. Without it you will not exist. Weed out the morally bankrupt people, no matter how much non-existent Alderaan real estate they sell. And get the culture right again, so people want to make millions of voices cry out in terror before being suddenly silenced. 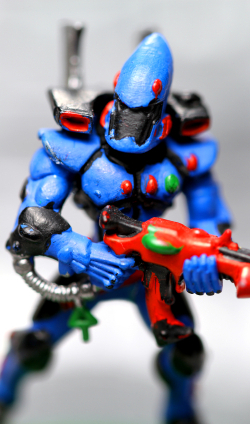 WOMEN are celebrating the science
fiction-themed tabletop wargame that has been the default female
entertainment of the last 25 years.

Created in 1987, Warhammer 40,000’s mixture of realistic turns-based strategy gaming and a dystopian sci-fi universe was an instant hit with millions of women, many of whom became self-confessed obsessives.

Teacher Emma Bradford, who was excitedly buying 25th anniversary limited edition lead figures at her local Games Workshop, said: “A lot of people say this, but there’s something about Warhammer games that just resonates with my vagina.

“I play with an Imperial Guard army, my best friend Mandy uses Tyranids who, as all ladies know, are a race of quasi-reptilian aliens whose voracious appetite for bio-mass has propelled them into conflict with the Imperium.

“We get together for a skirmish every Wednesday. Once in a while we get all the girls together for a major campaign which takes up to four days which is just so much fun.

Personal trainer Nikki Hollis said: “Girls loving Warhammer 40K is such a cliché, but like many stereotypes there’s a large element of truth.

“The best thing about ‘the hobby’, as we women refer to it, is painting the little lead figures, or ‘miniatures’ as they’re properly called.

“I love doing that classic girl thing of being of putting on pyjamas, getting under a load of duvets and painting intricate banners on a Chaos Eldar battalion.”

She added: “War gaming drives my boyfriend nuts, he just wants to talk about his emotions and drink hot chocolate.”