The Hollywood heart-throb only accounts for a tiny fraction of the male population, but his animal rights stuff and visiting refugee camps makes the rest of us look good by association. Sure, us straight white men have done some dodgy stuff over the years, but did you know one of us learnt the piano from scratch for La La Land?

If it wasn’t for straight white men having a midlife crisis and making ill-judged purchases, the sports car sector would go kaput overnight. And then where would we be, in a world with a lower carbon footprint and more practical motor vehicles clogging up our roads? No thank you.

We invented loads of cool stuff

From the lightbulb to the internet, strapping straight white fellas have invented all sorts of wonderful things. This is probably because we limited opportunities for other folk in the past, but let’s not get hung up on the details. Just try to ignore the bad inventions, like nuclear weapons and Swingball.

We know a lot of useless trivia

And we’re going to tell you about it. It’s unlikely that winning a pub quiz will ever be the difference between life and death, but rest assured that with a straight white man on your team you’ll always be in safe, condescending hands. The hands of a man who can name all the bounty hunters in The Empire Strikes Back.

We make other demographics look good

By setting the bar low, straight white men are making it easier for other demographics to look good by comparison. Whether it’s having nerdy, obsessive hobbies or committing historical atrocities, all everyone else has to do is not be as bad as us. You’re welcome.

Five things you're totally free to talk about but probably shouldn't 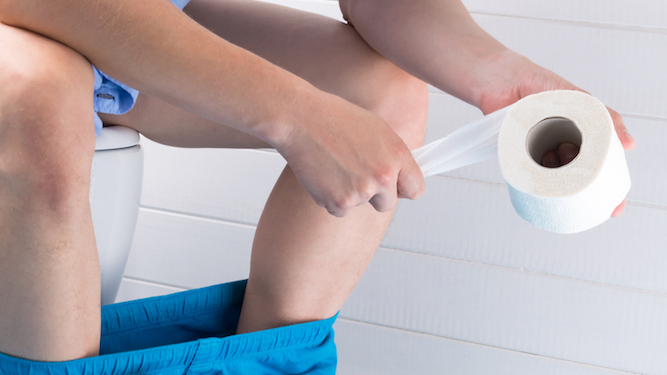 NOT sure what you’re allowed to talk about in this supposed age of ‘cancel culture’? These topics won’t get you no-platformed, but it’s still best to avoid them.

The relief of unloading a stool into the toilet is a universal experience, however people will give you a wide berth if you start dropping the topic into conversation. The only person who might possibly care is your doctor, and only because they’re being paid for it.

Did your subconscious show you some weird random images and memories again? Did you find yourself in your nan’s house with a kid from primary school? Thrilling. Only mention your dream if it was a crystal-clear premonition of lottery numbers, and even then don’t expect people to listen because it’s still bollocks.

Noticing that it’s overcast won’t get you hounded off social media, but it will signal to people that you’re a thundering dullard with nothing interesting to say. In the unlikely event of notable weather you should only say clipped observations like ‘nice out’ and ‘f**k’s sake’. Anything longer is just wasting everybody’s precious time.

How well your relationship is going

While your deep human connection and marathon shagging sessions are fascinating to you, everyone else will find your happiness deeply repulsive. However feel free to mention it if you’re going through a tearful break-up or your partner is a pain in the arse. Everyone likes a bit of other people’s misery.

Extreme views are off the table for obvious reasons, but don’t think your achingly moderate political opinions are worth hearing about either. So what if you support Keir Starmer but with understandable reservations? Talk about something more exciting, like a big duck you saw.