LOOKING to start your day in the worst possible way and get absolutely nothing done? Here’s how to go about it.

Consuming that much processed pork first thing was always going to cause problems. Though it may be greatest of breakfasts, it also guarantees you’ll be slumped on the sofa until lunch, nursing your bloated stomach and hoping the meat sweats subside after another few hours.

Going for a morning run

You’ve heard about successful CEOs who begin their days at the crack of dawn with a half-marathon and try it for yourself. Unfortunately, you are massively unfit and end up almost fainting about 200 metres from your front door, before spending the entire morning wracked with pain, desperately trying to not vomit up last night’s lamb madras.

You had every intention of having a productive day. Unfortunately, by trying to make yourself as sharp and focused as possible by drinking an entire pot of coffee before 9am you have ruined everything. Very soon, the caffeine will leave you like some Vietnam war veteran, paranoid and trembling under your desk.

Before starting work, you reward yourself for having not slept in again by watching one short video on YouTube. Suddenly it’s 4.30pm. You’ve spent seven hours watching inane compilations of dogs sneezing, and you’ve got numerous voice mails from your boss you’re too scared to listen to.

Is Boris Johnson in your WhatsApp group? 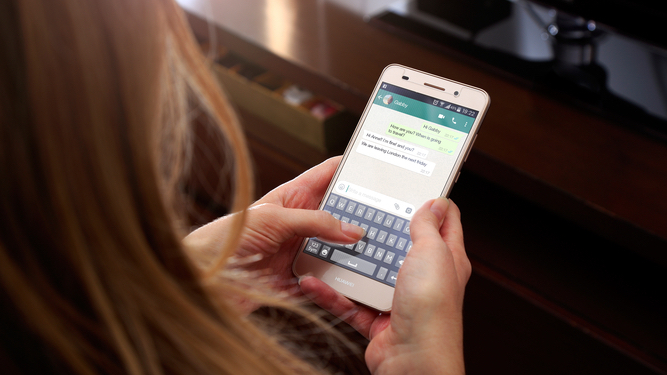 EVERY WhatsApp group has a member who rarely contributes except to make an inappropriate joke or offer tax-free status. Is it the prime minister? Here’s how to tell:

Does he lie frequently?

If your mystery member is always making extravagant promises – luxury holidays, tax exemptions, life peerages – that he doesn’t even remember, let alone keep, then it could well be Johnson. Ignore him as everyone does their WhatsApp bullshitter.

Does he ask for numbers for sisters, girlfriends and wives?

When you bring up the women in your life, does this previously uninvolved person immediately barge into the conversation offering to help them and asking for their phone numbers? Are they especially interested if the women concerned work in journalism and have names like Aviella?

Does he banter in Latin?

When your member joins in the banter, do they tend to slip into Latin? Are you unable to joke about having been caught ordering a too-expensive bike without him saying ‘acta deos numquam mortalia fallunt, eh lads?’

Did he ask if anyone knew any PPE suppliers last spring?

Anyone casually asking friends if they knew any Chinese PPE suppliers last spring could well be Johnson. If they followed up with ‘£££s in it for you!’ the risk increases. However if they say ‘No worries, mate from the Cock Inn is sorting’ then it’s Matt Hancock.

Does he ask you to ‘form a square around the Prittster’?

If you received a baffling message last November that was swiftly deleted and followed up with ‘Sorry wrong group’ then the chance that you are sharing a WhatsApp group with Johnson is around 85 per cent. If you asked ‘Who’s the Prittster?’ and he replied ‘some moody cow at work’ the chance is 98 per cent.

Have you formed a new WhatsApp group just to get away from the twat?

Has everyone silently formed a new WhatsApp group consisting of everyone who was in the previous group minus one? Did you initially all let loose your annoyance with the dick, but now don’t even think about him? Yeah. It was Boris. This is what always happens.