William Hints At A 2011 Royal Dumping

PRINCE William has fuelled speculation that an official Royal dumping could come as early as next February.

Insiders say preparations are already being made for a formal termination in the likely setting of the Prince’s RAF accommodation. The discussion should begin after an unusually quiet Pot Noodle, probably during Merlin.

Royal pundit Julian Cook said: “It seems the groundwork has been laid, but given that Kate is supposed to be coming to his for Christmas and has already bought him a present that was well beyond her means, he’s probably going to postpone the actual ‘coup de grace’ for at least a month.”

He added: “Prince Charles has given his blessing. He is not at all fond of Kate and thinks she is a really appalling girl who will make an excellent addition to some ghastly middle class family who think Pizza Expres is a restaurant.”

Style expert Emma Bradford speculated on what Kate might wear for the dumping: “Given that it’ll probably be a surprise, I’m guessing something casual. Jeans and a jumper, maybe even an old shirt of William’s for extra poignancy.”

Rumours of the forthcoming separation have prompted manufacturers of royal ephemera to start work on related merchandise.

Trinket maker Roy Hobbs said: “We’ve done a commemorative mousemat with a hologram on it. At first you see the couple in a tender embrace, and then when you tilt it back a bit Kate is crying and William is waving to her as he drives away in an open topped sports car with a heavily-titted blonde girl in the passenger seat.”

He added: “There will also be a ceramic garden water feature in the shape of Kate’s head, where the ‘tears’ create a double waterfall effect.” 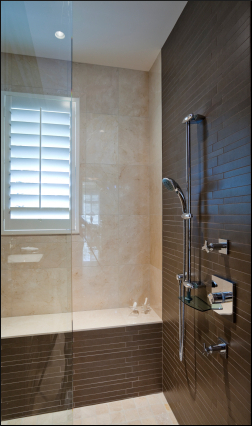 PROSTITUTES across Spain are ordering a range of home improvements after their earning estimates for next year were revised upwards.

According to the Instituto EspaÃ±ol de Skankeros, its members can expect at least a 25% pay increase after Sir Alex Ferguson decided Wayne Rooney is too dirty to play for Manchester United.

A spokesman said: “In these straightened times this will give our members much needed security. They can make plans, invest in their homes and pay down debt.

“This is how British Aerospace must feel when Saudia Arabia decides it wants some new planes.”

The spokesman added: “While we understand that Senor Rooney has promised his wife he will never use prostitutes again, it is also the case that she will be away on business a lot and he is very ugly.”

Adriana Herez, a 32 year-old prostitute from Valencia, said: “Real Madrid play here twice a year so that should get me a low mileage Seat Ibiza and an en-suite bathroom.

“It is like I have reached into a mountain stream and found a horribly disfigured golden nugget.”

Meanwhile Rooney is expected to take a short break from football in the new year to star in the film version of The Hobbit.

Rooney will play either Thorin the Dwarf or the Lonely Mountain alongside Martin Freeman’s portrayal of Bilbo Baggins as a sightly bemused trainee accountant from Surrey.

Producer Peter Jackson said: “The plot immediately struck a chord with Wayne, focussing as it does on a stumpy bloke with big feet from a backwards part of the world who is obsessed with gold.

“The only thing Tolkien missed out was the bit where Bilbo gets caught up to his hairy Hobbit sack in ancient Middle Earth fanny.”