A WOMAN is struggling to work out which of the unfamiliar smiling faces on her Facebook page she is supposed to recognise.

Susan Traherne spent several minutes trying to identify the six grinning men and women at the top of her news feed, without success.

She said: “I like to scroll down far enough to hide the tags, and then try to remember how and when I might have met one of these people, using logic and deduction, like a 21st-century Poirot.

“That guy vaguely resembles my cousin, but it’s not him because his ears are the wrong shape. And I sort of recognise the woman next to him but it might just be because she looks a bit like Britney Spears.

“Did I go to college with that brunette woman? She looks like she might have been a goth, in which case she could be the person who bought my spare Sisters of Mercy ticket eight years ago.

“I definitely don’t know that guy on the left, he’s far too attractive.”

Traherne eventually clicked on the profile of the attractive man and spent several minutes looking through his old profile pictures before sending him a friend request.

Lucky bastard schoolkid has art, drama and then history today 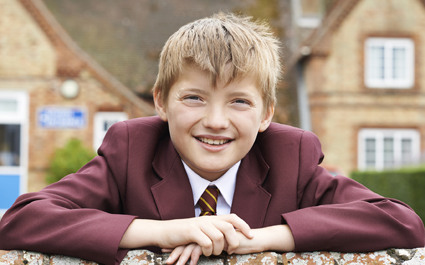 A LUCKY bastard of a schoolkid has got art this morning, then drama and history after lunch.

12-year-old Wayne Hayes told his mate Nathan Muir about it on the bus today, within earshot of adults who hate their jobs.

Kitchen porter Tom Logan said: “He didn’t even sound particularly happy about it. I felt like telling him that the first part of my day was going to be cleaning out the grease tray at the bottom of the fryer, so if he wanted to swap I’d be more than happy to.

“Though he did say he had science last so maybe he’s not that lucky after all.”

Fellow passenger, Donna Sheridan added: “Art, drama and history, eh? All I’ve got to look forward to this week is dress-down Friday.

“And the fact that I’m a lap dancer means that’s not really a big deal for me.”