A WOMAN has booked a train seat reservation online, safe in the knowledge that it is probably meaningless.

Kate Morris was invited to select a seat reservation when purchasing overpriced tickets.

She said: “It’s charming when the website pretends that I could actually get a seat reservation. We both went through the dance of selecting the type of chair, choosing which way it faces and whether or not I want a table.

“For a second I almost believed its empty promises.”

A Network Rail spokesman said: “Part of the thrill of travelling with us is that you just don’t know whether you will be standing, sitting or crouching next to the bogs.”

Morris’s train was later cancelled due to a shortage of something.

Every couple must be one morning person and one night owl 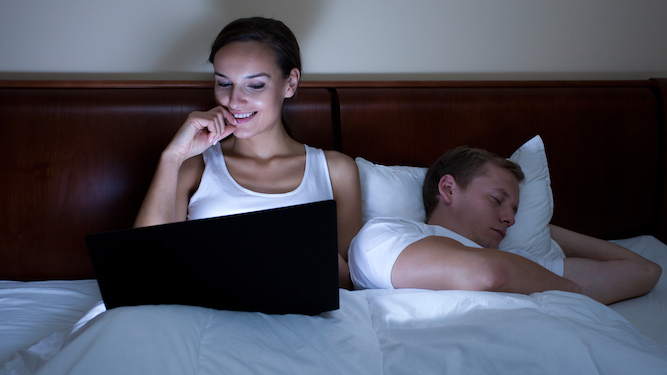 ALL couples must be made up of one person who springs out of bed at dawn and one that only properly wakes up at midnight, a survey has found.

The wide-ranging survey has found that long-term relationships must be based around cycles of wakefulness that are almost opposite, with a few overlapping hours at the weekend.

Dr Helen Archer said: “You can’t have two night owls in a relationship. Both of you up until 2am endlessly scrolling Facebook? How would that work?

“It is essential for the functioning of the relationship that one of you flicks the lights on at 6am while the other groans painfully under the duvet, having only crawled under there after an all-night gaming session.

“Then, that evening the night owl’s chirping away about binge-watching whatever’s new on Netflix while the other is slurring with exhaustion after one glass of wine and greying-out during QI.”

Early riser Eleanor Shaw said: “I went out with a bloke who got up at 6am with me. Always there, in my face, taking my alone time. Dumped him.”