Woman clearly only into naked charity stunt because she's fit

AN attractive show-off is forcing her less sexy colleagues to do a naked charity stunt, it has emerged.

Toned and good-looking PR executive Nikki Hollis is planning a nude calendar to raise money for abandoned cats, although the actual good cause is largely irrelevant.

Hollis said: “It won’t be easy getting out my pert tits and toned arse but it’s not about me, it’s about those those poor little… cats? Yes. Cats.

“Some of my colleagues don’t want to take part, but that’s just silly. Don’t they know it’s empowering however gross and fat you are? Also they might make a film about us.”

Co-worker Tom Logan said: “Nikki sent everyone an email saying we’ll be posing with cats covering our ‘wobbly bits’. The only way that’s going to work for me is if I stand behind a lion.

“It’s clearly just an ego trip for that massive show-off Nikki. When I suggested doing a raffle instead she looked really annoyed and accused me of hating animals.”

The project is now looking increasingly likely to go ahead thanks to the backing of Hollis’ manager Mike, who wants to show off his abs and see some tits.

Do you have strong opinions on things you know jack shit about? 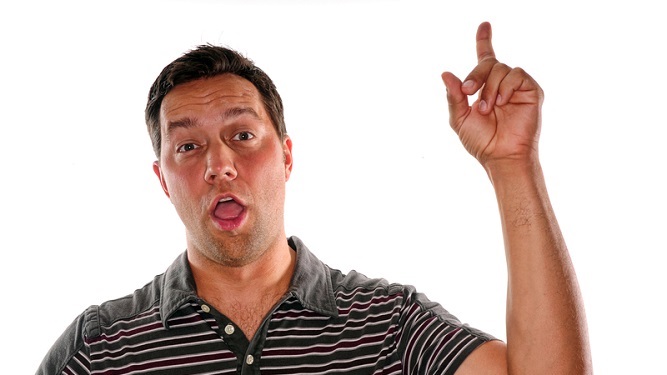 ARE you a tiresome fucker with strong opinions on everything from higher education to pet care, despite knowing nothing about them? Take our quiz and find out.

How do university students spend their time?

A. Studying challenging subjects and enjoying a fun social life.

B. Looking for things to be offended by and demanding ‘safe spaces’ if they see something that upsets them, like someone eating meat. That and going to lectures on multiculturalism by loony Marxist professors.

A. I know very little about China so I wouldn’t like to speculate.

B. I’d imagine every morning a Communist official decides whether you should work on a state noodle farm or in a factory making clothes for Primark. If you want to do something different they shoot you. That’s why I would never vote for Labour.

A friend is having difficulty house-training her dog. What would you suggest?

A. Look on the internet for effective methods of making it defecate outside.

B. Rub the dog’s nose in its own shit to teach it it’s been bad, then put it in the washing machine to get it clean. It’s a well-known technique.

What do people who work in the City do?

B. Fuck all of any purpose whatsoever. It’s basically gambling, the same as playing a fruit machine and requires no skills whatsoever – except not spilling your champers on the big pile of cocaine on your desk in the morning.

What is the best way to stay healthy?

A. The consensus seems to be regular exercise and a balanced diet.

B. It’s all bollocks, mate. It’s not fatty food or smoking that kills you, it’s the chemicals they put in vegetables. In the States they’ve grown an intelligent tomato that can actually pick other tomatoes. That’s sick.

What is your opinion of the police?

A. They’re normal people doing a difficult task, with a few who should not be in the job.

B. They’re all chubby women recruited out of political correctness who can’t be arsed to leave the station if you’re being murdered but love fining innocent motorists. And we know where that money goes, don’t we? That’s right. In their pockets.

Mostly As. You seem to have quite reasonable opinions. What the hell is wrong with you?

Mostly Bs. You truly are an ignorant gobshite. You will be extremely welcome in most pubs in Britain.