THE House of Lords has shocked Britain by being full of senile old bastards who are not backing Brexit.

The Lords, who are wealthy, completely out of touch with the modern world and convinced of their own brilliance, have inexplicably defied the government on Brexit even though they are Brexit’s exact demographic.

Politics writer Carolyn Ryan said: “The very idea that an 80-year-old man who’s been given everything on a plate his whole life wouldn’t be a Brexit voter has turned our world upside down.

“What happened to ignorance? What happened to blithely assuming since it’s alright for you, it must be fine for everyone else? Where is their doddering, nostalgic jingoism?

“Instead they’re voting for amendment after amendment as if they’re rational political actors, not septuagenarians determined to restore the 1950s because there was nothing wrong with golliwogs.

“Unsurprisingly the government’s talking abolition. What choice do they have?”

Lord Kinder of Ditchling said: “‘Brexit’. One of these new-fangled words, like ‘scampi’ or ‘microchip’. No thank you.”

May, Merkel and Macron sign 'Ignore him, he's a twat' letter to Iran 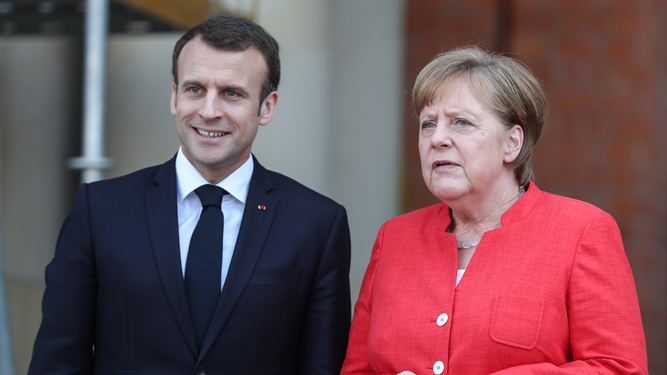 THE leaders of France, Germany and the UK have signed an official letter to Iran advising it ignores Trump because he is a twat.

Following Trump’s decision to unilaterally violate the 2015 nuclear agreement, the leaders have rushed to assure Iran’s Hassan Rouhani that the president is of no account due to being an utter wanker.

The letter read: “We offer our unequivocal assurances that Trump is, and has always been, an irredeemable dickhead with no idea how anything works.

“Please be aware that you could be running a nuclear enrichment programme in the room he was in and he would have no idea because he would be either watching himself on the news or one of those documentaries about police dogs.

“Our promise is that if you stick to the agreement the US will rejoin it within three years once the pretend billionaire has resigned because of corruption. Yours truly, the reasonably sane.”