Woman convinced dyeing her hair green will fix everything

A WOMAN is certain that a radical new hair colour will solve all her problems, it has emerged.

Emma Bradford said: “My job was going nowhere, my love life was in tatters and I was filled with this general feeling of not knowing who I am anymore.

“Then it came to me. I just needed to dye my hair green. I’d always had an urge to do it, and Ryan’s stopped texting me back, so why not?

“It’s already changed my life in that I’ve been sacked from my job at a tea shop popular with pensioners.”

Modern progressive man making sure everyone knows it 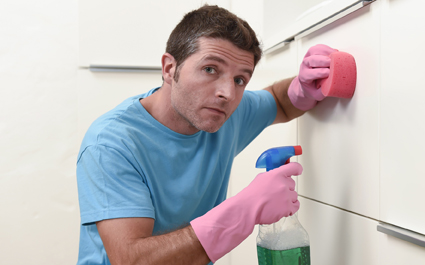 A MAN who believes in total gender equality takes every available opportunity to mention it.

Stephen Malley, 38, who works part time and looks after the kids for two days a week wants you to know that he’s totally fine with it unlike those other men for whom tired gender stereotypes still exist.

Malley said: “If Suzie wants to focus on her career I can take care of the domestic side. I see myself as very ‘role-fluid’, whether than means mopping the floor or even changing a nappy that has an actual human shit in it.

“I don’t need to detail all the progressive things I do because cooking, cleaning and regular sensitive lovemaking shouldn’t be confined to a man or a woman.

“This morning, for example, I made my wife a cup of tea without her even asking. Because I’m all about subverting gender norms.”

Malley’s wife Suzi said: “Steve plays a lot of Call of Duty late into the night. So he’s a modern progressive guy who also needs to violently kill a lot of virtual humans.”