A WOMAN has expressed dismay after the news that she is having her fourth baby only got 36 ‘likes’ on Facebook.

Emma Bradford announced that she was expecting her latest child this weekend, to far fewer ‘likes’ than her previous pregnancy which got 166.

She said: “The people who didn’t ‘like’ it might as well as have said that they didn’t actually like the fact I was having a another kid.

“And that’s none of their business quite frankly.”

However Professor Henry Brubaker of the Institute for Studies said: “She’s putting it onto social media where it is right in front of people, almost inescapably so, and they’re asked to comment on it.

“That is the very definition of their business.”

Bradford added: “People are just judgemental, when actually I want them to be overly familiar and falsely supportive.”

Owls sick of being stereotyped as Harry Potter postal assistants 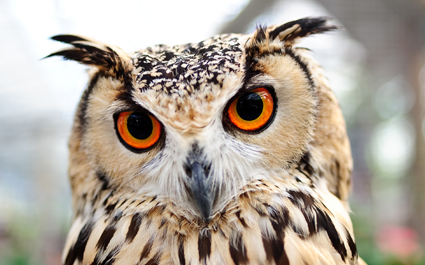 OWLS have demanded to be recognised as wild, majestic creatures rather than key workers in a fantasy post office.

Protesting outside the new Harry Potter play, owls have expressed their dissatisfaction at still being pigeonholed as semi-skilled delivery operatives in the world of a child wizard.

Tawny owl Tom Booker said: “As a fascinating and mysterious raptor, I find it very frustrating to be relegated to the role of a postman in this populist nonsense.

“Shakespeare used owls to foreshadow death in Macbeth and Julius Ceaser, you know.

“I can even get on board with the Owl in Winnie the Pooh, because even though he was a bit of an arse, he was at least respected by everyone who lived in the 100 Acre Wood.

“It’s almost as if JK Rowling has got it in for us, for some reason. I find her prose turgid and flat, but I’d never suggest she become a cleaner instead.

“She just doesn’t respect us and our capabilities. I’d like to see her try and turn her head 270 degrees, that’s all I’m saying.”