A WOMAN who claims she didn’t even notice when she skipped a meal has made sure to tell everyone about it.

Systems analyst Donna Sheridan claims she managed to get to 4pm yesterday without thinking about eating food.

She has since regaled all eighty-seven people in her office with the story of her accidental fasting.

Sheridan said: “I’ve missed friends’ birthdays and blacked-out whole weekend benders, but I have never ever forgotten to eat a meal.

“I came close once when I couldn’t remember whether or not I’d eaten lunch, but then I ended up eating two lunches.

“Today is the happiest day of my life and I want to share it with the world”.

Colleague Norman Steele said: “I get it – for a brief moment in her life, Donna was free from the tyranny of food.

“Now it’s time for her to get back to normal and resume planning life around meals and snacks like the rest of us.” 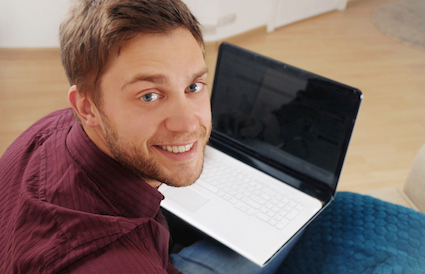 NOBODY wants something posted on their Facebook timeline that could have been put in a message, it has been confirmed.

Researchers confirmed that people who post on your timeline invariably give out information that is either private or irrelevant.

Martin Bishop posted on old friend Wayne Hayes’s page: “Great bumping into you. Should defo meet up for that coffee.”

He added, with an inappropriate winking eye: “Great to hear you and your girlfriend are trying for a baby too.”

Professor Henry Brubaker of the Institute for Studies said: “When writing on someone’s timeline you must imagine you are standing on a box announcing it to every single person they know, because that’s who will be reading it.