Woman giving up religion for Lent

A WOMAN has pledged to abstain from Christianity for forty days, it has emerged.

Mary Fisher, a 25-year old Christian, has decided to demonstrate her faith by rejecting religion and all its customs until Easter Sunday.

She said: “Every year I give up something important that’s also bad for me. Last year it was crisps. This year it’s my beliefs.

“Salt and saturated fats are unhealthy, but taking moral guidance from a stone age belief system and rejecting any evidence that contradicts it is also pretty unhealthy, when you think about it like that.

“As a committed believer in God, it’s strange to think the whole idea of a supreme being is ridiculous, but Lent isn’t meant to be easy.

“I only have to think for myself for forty days. Then I can go back to basing my worldview on a set of 2,000-year old superstitions.

“If I waver, I’ll just think of Satan tempting Jesus in the desert, and immediately dismiss it as a made-up story that’s completely irrelevant to my life.”

Fisher added that there was zero chance of extending her atheism into Easter if it meant giving up the eggs and the chocolate bunnies.

PE teacher pretending to have read and understood Jane Eyre 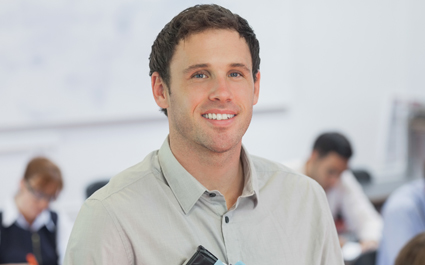 31-year-old PE teacher Wayne Hayes, whose only interest in life is rugby, was strong-armed into teaching an English GCSE class purely because no other human was available.

Hayes said: “So… Jane Eyre everyone. I would describe it as a classic.

As it emerged that none of the students had bothered to read the book, Hayes quickly consulted the back cover to discover that Jane Eyre is an orphan who falls in love with someone called Mr Rochester.

Hayes said: “I’d like everyone to imagine being an orphan. I bet it’s pretty bad.

“For anyone who doesn’t know, being an orphan is when you’ve only got one parent.

“Let’s write 500 words on that, and if that takes less than an hour just write some more words.”

Wayne Hayes later admitted that the only book he’s ever voluntarily read is a biography of England rugby coach Clive Woodward, titled Clive Woodward: The Biography.