A WOMAN lost her mind after being momentarily unable to find her phone in her handbag, it has emerged.

Emma Bradford confirmed she could not find the phone for approximately eight seconds during which she went from puzzlement to raging panic and eventually raw, undiluted psychosis.

Bradford said: “It was a wild ride. When I realised it wasn’t among the hellish mess I thought, ‘well, that’s the end of that’.

“But then I went completely insane, tearing at the inside of the handbag like a wolverine. As five seconds became six seconds I realised my life was now a wretched wasteland.

“By the eighth second I no longer cared about the phone because it had been stolen by someone who was using it to buy Bitcoin and skunk, but inside my head I was still shouting ‘FUCK! FUCK! FUCK! FUCK! FUCK!’. 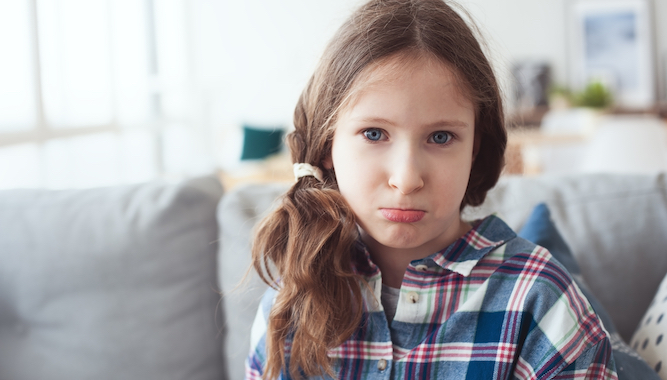 A CHILD unconvinced that her mum and dad mean ‘no’ when they say it is testing her theory by asking the same question several hundred more times.

Five-year-old Francesca Johnson, who requested Cadbury’s Creme Eggs for tea instead of fish fingers, had her request refused by her parents but wanted to be absolutely sure that they definitely meant it by continuing her line of enquiry for two hours.

She said: “Grown-ups get confused easily. For example, Mummy’s given up chocolate but there’s a bag of Wispa Bites in her handbag.

“And Daddy said he was never drinking again last Saturday, but there he was opening a can of lager just one hour after I started asking questions. So you see why I need to check.

“Also, and this could just be me imagining things, sometimes it’s almost as though the very act of questioning causes them to change their minds. As if they get tired of me, which I’m sure can’t be true.

“Anyway, this time it turned out they were definitely, absolutely saying ‘No’ about the Creme Eggs. So I’ll try again tomorrow.”