Woman not quite pregnant enough to deserve seat

A WOMAN on the train is just not pregnant enough to oblige fellow passengers to offer her a seat, it has emerged.

The woman’s small but visible baby bump failed to impress the other occupants on the commuter train to Reading, who pointedly remained seated when she got on.

Stephen Malley, from Barnes, said: “I’m all in favour of giving up my seat to those who need it, but I reckon she was barely out of the first trimester.

“Come back when your water’s about to break, love, and then I might move. Anything else is just selfish.”

Carolyn Ryan, a civil servant, said: “If she was wearing one of those special dresses that screams ‘I’m about to drop one’, then I might have considered it. But she’s barely fatter than me, so she’ll just have to tough it out.”

Julian Cook added: “If she’s simply over-fond of pudding, then by standing up I would be rewarding her incontinent cravings.”

According to witnesses, all passengers assiduously avoided making eye contact with the pregnant woman until she finally got off at North Sheen, allowing them to relax and enjoy the rest of their journeys. 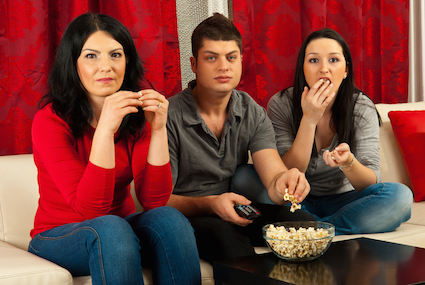 BEING a member of ‘generation rent’ is far less interesting than being a punk, hippie or raver, renters have claimed.

Many people who are forced to rent say they would like to reject conventional society but are too busy worrying about finding an affordable starter home.

Office worker Tom Logan said: “When you’re trying to get on the property ladder you just don’t have time for glue-sniffing, free love or getting off your head on horse tranquilisers in a field.

“Us renters usually go over to each others’ flats in the evening and look at the Foxtons website. We’ll chat for hours about mortgages and have a few glasses of tap water to save money for a deposit.

“Naturally I’d like to invent an exciting new form of psychedelic rock and have loads of groupies, but then Jimi Hendrix didn’t need to find a reasonably-priced semi in commuting distance of Stevenage.

Receptionist Nikki Hollis said: “Generation rent is already producing its own writers and artists. I’ve just finished a 450-page novel about a young woman’s struggle for her own patio.

“Sometimes I think we should protest in the streets like the students in the 1960s, but I don’t want to do anything that would jeopardise my credit rating.”