Woman reads far too much into horror film

A 24-YEAR-OLD woman thinks the film Insidious makes some valid points about the perils of the supernatural.

Nikki Hollis watched the horror film on her laptop and decided that it contained several relevant lessons about dealing with evil spirits.

She said: “It contains some sensible advice about astral projection, the different planes of existence and demons.

“It is possible that you could be taken over by some sort of entity that comes from a realm of evil and wants to use your body as a tool to wreak havoc in our world.

“That happened to someone at my sister’s work. If only they’d watched this film first they could probably have done some sort of protection ritual and it would have been fine.

“They should show Insidious and selected episodes of Most Haunted in schools.”

Hollis’s boyfriend Roy Hobbs said: “I told her there wasn’t a sequel to Insidious. But then she googled it and found out there is so now she’s looking at me funny.

“She reckons I lied to her because I’m in league with demonic entities.” 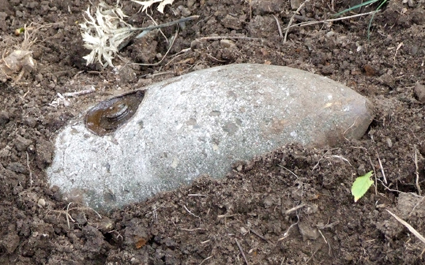 AN unexploded World War II bomb is a ‘heritage feature’ of a Bethnal Green two-bedroom flat, according to estate agents.

A couple viewing property on Temple Street were deterred by the discovery of a potentially active explosive device, until the agent explained that it was a good thing.

Agent Julian Cook described the 500 lb bomb as a ‘a character-rich piece of living history’.

He said: “We’re listing ‘bomb adjacent’ as a feature. It injects a certain energy into the area, specifically potential kinetic energy.

“You can imagine the excitement it caused when it was first dropped.”

House hunter Emma Bradford said: “He kept referring to the possibility of an explosion as a ‘spontaneous structural rearrangement’.

“I was like ‘no way’. Then some other people turned up to view it, so we bought it out of a petty sense of competitiveness.”