Woman referring to dogs as boyfriend and girlfriend

A WOMAN is behaving as if two dogs are in a relationship, it has emerged.

Hollis said: “It’s so sweet the way they just love each other. Tammy can’t wait to see her little boyfriend whenever they’re apart.

Hollis’ partner Wayne Hayes said: “Nikki is, in almost every way, a normal, functioning adult. But for some reason she has a blind spot when it comes to pretending pets have developed a loving relationship.

“I can tell you now that next door’s dog doesn’t give a sh*t about ours.”

Hollis has attributed other human traits to her dog, including assigning it a favourite television show. 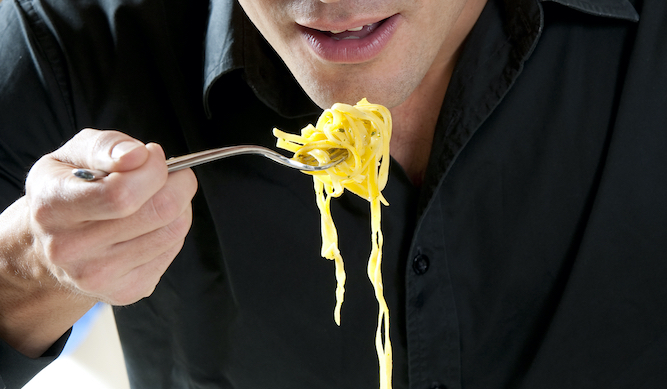 ORDERING spaghetti on a date is a surefire way to obliterate sexual allure, according to new research.

Professor Henry Brubaker, from the Institute for Studies, said: “Fighting to ram unruly worms of pasta into your gaping mouth can kill attraction stone-dead within seconds.

“A lot of it has to do with proximity, so unless you and your date can sit opposite ends of a banquet table, Beauty-and-the-Beast-style, steer the hell clear.”

Emma Bradford, from Salibury admitted: “I was really turned on by my date until he began a slow battle with his spaghetti alla marinara.

“By the end of the meal he had fishy red sauce all round his mouth and in his hair. He’d basically transformed into Ronald Macdonald, and that’s nobody’s sex fantasy.