Woman thrilled to be described as 'low-maintenance'

A WOMAN is overjoyed at being described as ‘low-maintenance’.

Nikki Hollis was paid the compliment by her partner because she doesn’t take long to get ready, quite enjoys watching some sports, and admits that, sometimes, when she goes to the bathroom it’s to have a shit.

Hollis’s partner Julian Cook said: “She’s just great, and so chilled out about everything, especially hygiene.

“I really love that she’s not particularly hygienic and am always telling my friends how great that is.”

Speaking from another room in the house, Hollis said: “It’s a thrill and a privilege to be described in the same way as a 2004 Honda Civic or a goldfish.

“If he does it again I will stab him with a kebab skewer.” 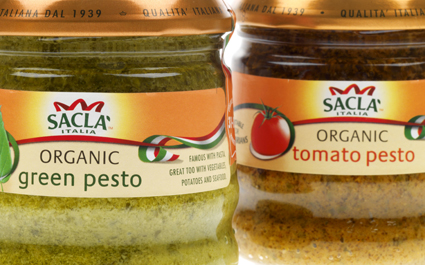 NORTHERN supermarkets are to start selling pesto, it has been revealed.

The basil-based sauce had previously only been available to Northerners via the internet or from relatives in the South.

Tom Booker, manager of Sainsbury’s in Bradford, said: “The last time we put any strange green stuff on the shelves it was Heineken, in 2015.

“But I’m an open-minded man, so I thought ‘why not?’ I might put it next to the sausages though, just to get some foot traffic.”

If the trial is successful it is believed that pesto could be rolled out across the North as soon as 2022.

Northern supermarket shopper Wayne Hayes said: “This is actually nothing new to me, despite tired stereotypes of Northerners as being somehow ‘old-fashioned’ or culturally isolationist I regularly enjoy pesto at home.

“My ferret won’t touch it though.”