A WOMAN who liberally peppers her work emails with exclamation marks is just as powerfully irritating in real life, colleagues.

Administration manager Lauren Hewitt believes that updating to the latest version of Excel deserves no less than three consecutive exclamation marks in the subject line of an email, and is also just like that in person.

Colleague Sophie Rodriguez said: “Initially I gave her the benefit of the doubt, as she joined us just before lockdown and I’m trying not to immediately assume everyone’s a total moron before I meet them.

“However, since coming back into the office I can confirm she’s the type of person who has a ‘Live, Laugh, Love’ coaster to put her Hello Kitty mug on and claps her hands with excitement several times if someone’s going to Starbucks.

“How can someone who writes ‘Christmas Do Anyone!!?!!’ expect any respect?

“She deserves exactly as much contempt in real life as she does electronically. The exclamation marks were the only proof anyone needed. I should never have doubted myself.”

Chill the f**k out about dinosaurs, kids told 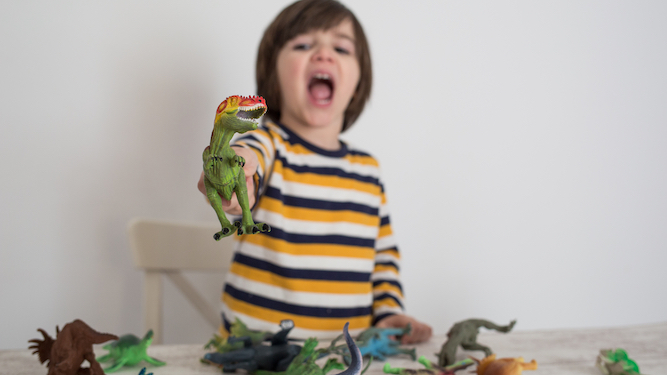 CHILDREN have been asked to please, God, chill the f**k out about dinosaurs.

Adults across the globe have begged three-to-nine-year-olds to give it a bloody rest about the long-extinct reptiles.

Father-of-two Tom Baxter said: “We get it, they’re cool. They were big, very different to anything around today, and most of them would have eaten us.

“And yes, we do accept our share responsibility for buying you the toys, dressing you in the clothes and, hands up, letting you watch Jurassic Park when you were too young.

“But, that said, any chance of giving us a f**king break? The daily discussions about the merits of the spineosaurus versus the triceratops, and endless games of ‘Guess which dinosaur I am?’ have to stop.

“You are always a T-rex and we are close to a breakdown.”

The practice of ‘playing dinosaurs’ was also roundly condemned for its lack of structure and inevitable conclusion where parents are brought down by velociraptors acting as a pack, represented by children hitting them.

Five-year-old Jordan Gardner said: “Dinosaurs are the closest thing there is to alien space monsters. I will never shut up about them, ever.”