A WOMAN who keeps a framed picture that says ‘Live Laugh Love’ on her office desk confusingly appears to be a right cow.

Nikki Hollis displays the phrase in a manner that suggests she is proud of her optimistic outlook on life, despite being a cantankerous old bitch to colleagues.

Colleague Tom Logan said: “Nikki has had that picture on her desk since I started working here six years ago and I’ve never seen her laugh, apart from the time I accidentally poured a hot cup of coffee in my lap.

“She’s never appeared very loving either. I heard her describing the Children In Need bake sale as ‘a load of sentimental crap for freeloaders’, which doesn’t suggest a warm heart.

“Still, maybe she has it there as encouragement to be nicer. I can’t blame her for that, even though that phrase is so saccharine that it makes me want to gouge my own eyes out so I don’t have to look at it ever again.”

Hollis said: “I know my colleagues think I have this because I’m trying to be better but the truth is I just enjoy tormenting them with it’s hideous tweeness.”

Monks wondering why God wants them to make shitload of beer 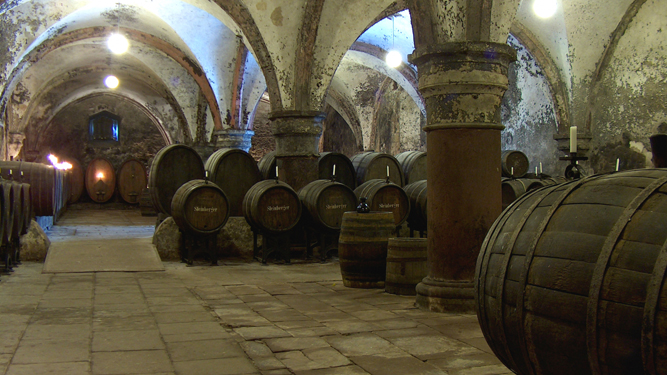 MONKS have asked why God needs them to make lots of quite strong beer.

The brothers of Trinnash Abbey, an ancient monastery known for its 6.2 per cent Trinnash Brown Ale which is also sold in supermarkets, have asked for clarification on the whole beer thing.

Brother Tom Logan said: “Maybe I’m missing something, but selling beer and getting pissed seem to be quite at odds with the other aspects of being a monk, like prayers and gardening.

“Apparently our beer is an ‘ancient and holy tradition’ but it’s still stronger than Stella. I had four bottles last night and couldn’t even remember the Lord’s Prayer this morning because my head felt like it was in a vice.

“Overall though I do like the beer-making thing, it just seems a bit weird, like Jesus having a casino.”

However 89-year-old Brother Roy Hobbs said: “It is written in the scriptures that God appeared in the sky in the form of a beer bottle.

“He said to some monks ‘ye shall go forth and glorify my name in a 6.2 per cent ABV beer with a malty finish. And ye canst have a beer allowance of six bottles per night, per monk, for ye trouble.’

“So there it is. God said it and it is good. But those other monks who make cider are heretics and will burn forever.”