Women are so moody, says man who tells them to smile all the time

A MAN who constantly tells women to smile cannot work out why they are all so moody.

Mark Jones, 50, frequently leans out of his van to encourage women to ‘cheer up’ or ‘give us a smile’ but has been met with non-stop negativity from what he refers to as ‘the fairer sex’.

He said: “It happens at least a few times a day: I see some pretty little thing walking along with a glum face and give her a cheerful shout.

“Obviously, you’d expect them to be chuffed to get a bit of male attention, but if anything it seems like the opposite.

“I’ve lost count of the number of times I’ve been told to piss off, and one girl yesterday even called me a ‘slap-headed chauvinist fucknut’. I never thought I’d hear such vulgarity from a lady.”

He added: “What do women have to be so grumpy about? I don’t understand it at all.

“If they hate it so much, they should just smile in the first place and then I wouldn’t have to tell them.” 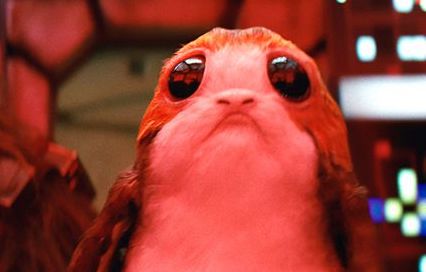 THAT weird half-penguin half-guinea pig thing in the new Star Wars movie will turn out to be easily the best bit, insiders have claimed.

The stupid-looking bullshit thing, which goes ‘Awiigh awiiigh’ 90 seconds into the Last Jedi trailer, might make your heart sink in despair in anticipation of its arsehole Orko-from-He-Man antics but will prove to be just brilliant.

A Star Wars insider said: “The Porg isn’t the new Ewoks. It’s the new Han Solo, Boba Fett and speeder bike chase all rolled into one.

“It may look like a team of CGI scientists brainstormed cuteness for too long until they went out the other side into flesh-creepingly grotesque, but it actually kicks all kinds of ass.

“In the finale it pilots the Millennium Falcon backwards in time through hyperspace, fights eight Jedi with six lightsabers simultaneously, shuts Kylo Ren down with a witty quip and reveals to Chewbacca it’s his father. And his mother.

“It’s actually the whole reason we agreed to do another trilogy. The third film will be entirely focused on it and its adventures, and after that Star Wars films will be known as Porg films and all the other characters will be forgotten.”