A WORKING class man has confirmed that he is not remotely full of hate.


Despite politicians assuming he is fuelled by rage and probably quite racist, warehouse operative Wayne Hayes explained that he enjoys playing badminton and listening to radio documentaries about the Middle Ages.

Hayes said: “After Trump and Brexit, everyone seems to want to understand me, which is flattering but I’m not sure what to tell them.

“I’ve had four Guardian journalists on the phone already this morning, and explained to them that my life is much the same as theirs if you just swap ‘Waitrose’ for ‘Asda’ and remember that because I don’t live in London I have a larger home.

“They wanted to know if grammar schools were somehow responsible for making me into a disenfranchised political powder keg. At that point I said I needed to get back to work because I have a job where you actually have to do stuff.”

Theresa May plans to visit Hayes’s workplace tomorrow, to personally ask him if there’s anything she can do to stop him being a frothing swamp of hate and resentment.

Hayes added: “I’m fine to talk to her as long as I don’t have to stay late to make up the lost work time. Now that would piss me off.”

Sucker MCs to blame for everything 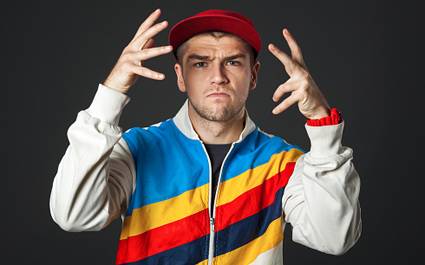 SUCKER MCs and their lack of dope rhymes are responsible for the state of the world, it has emerged.

Researchers at the Institute of Studies found that lame-ass MCs and their wack lyrics are directly to blame for everything from the US election result to global warming.

Professor Henry Brubaker said: “If it wasn’t for these so-called rappers ruining it for the rest of us straight up Gs, then Trump would never have gotten into power and Britain would still be part of the EU.

“Toblerones would have stayed the same too.

“Bad things happen when fools can’t keep away from microphones.”

“I’m at least better than that bear who raps Ice Ice Baby on that yoghurt advert. Now he is a sucker MC, rapping for big yoghurt companies.

“I can’t imagine anyone is going to take his next album very seriously now that he’s done that.”