Working-class people should be proud of their gnomes, says May

THE prime minister has said that working-class people should be proud of the amusing garden gnomes they choose to decorate their homes with.

Theresa May, while standing in the garden of a two-bedroom terraced house trying not to touch anything, told press that the stigma of filling a garden with pottery statues must be stamped out.

She continued: “For too long gardening has been the preserve of middle-class Radio 4 listeners who plague Gardeners’ Question Time with meandering inquiries about north-facing sandy soil.

“Gnome owners have been laughed at. Their children have been bullied in school. Their precious red-hatted companions have been arranged in sexually suggestive poses by late-night drunken vandals.

“But there is nothing to be ashamed of in these charming little fellows, pushing wheelbarrows or whimsically fishing. They are not morally inferior to a lamprocapnos spectabilis, no matter what anyone says.

“Why, the Conservative prime minister John Major filled the garden of Downing Street with gnomes, and we’re very proud of him and haven’t tried to airbrush him from history at all.”

After her speech May was shown an especially comical ‘mooning’ gnome by the homeowner, and had to be immediately rushed to her car. 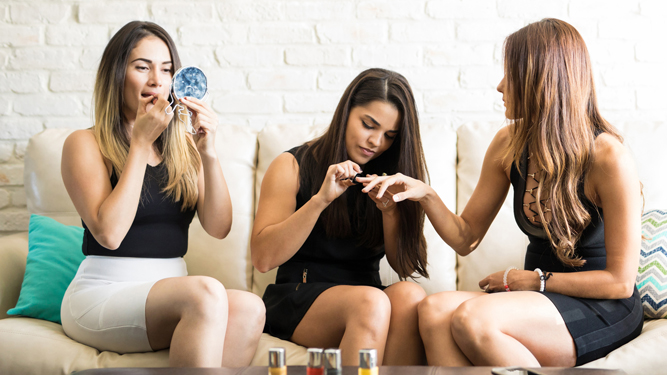 A UNIVERSITY fresher is currently getting ready for the night out that will destroy her career in 2028.

Excitable maths student Nikki Hollis, 18, is blissfully unaware that the evening will lead to disciplinary hearing and dismissal in a decade.

She said: “We’re going on a big pub crawl with everyone from my halls of residence, it’s going to be so much fun. I’m not a massive drinker, but I can let my hair down.”

The subsequent video of her puking into a drain wearing Wonder Woman costume, will be posted to Instagram by some bastard.

She will not be aware of this until 2028, when it will be used to oust her from a promising position at a management consultancy firm.

The group’s male party-goers will also be the subject of several risque videos, including footage of them groping women in a club and singing racist football chants, but will face no repercussions either on the night or in future.