WORKING immigrants have been branded as 'scandalously self-sufficient' after £10bn in benefits went unclaimed last year.

Now the Daily Mail has launched a campaign to force immigrants to collect all the money that is due to them so they can then attack them for getting it.

Editor Paul Dacre said: "They come over here and can't even be bothered to steal bread out of decent British mouths.

"Many of them, employed in some fancy unskilled job, probably think British benefits are beneath them."

The Department for Work and Pensions has tried to encourage new claims, displaying posters in betting shops, sponsoring the Ultimate Fighting Championship on Sky TV and branding a freephone helpline number onto packets of Findus Crispy Pancakes.

But Mr Dacre added: "It would seem that our foreign friends do not want to integrate into our society and adhere to cherished British customs such as a childlike dependence on the State."

Dr Tom Logan, of the Institute for Studies, said: "It seems there are far less worthless scroungers around than initially thought. That said, you better claim what's yours as soon as possible because this time next year we'll all be staring at a big, shiny pot of fuck-all."

Logan said the £10bn figure could also be reduced within the next two weeks, as there are currently 450 MPs applying for a crisis loan to buy a case of Montrachet and some Glyndebourne tickets. 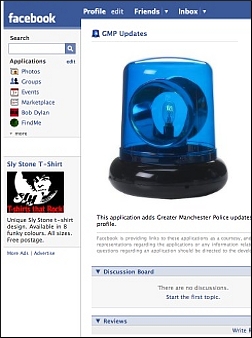 A PSYCHOTIC convict has killed a dozen people on the social networking website Facebook by sending them a message saying 'Rob has just murdered you'.

Rob Hodder, who is currently serving a four year sentence in HMP Bristol for threatening people on public transport with a juicer, used the website's Do A Brutal Murder function to execute the crimes from his mobile phone.

He now faces the real possibility of being sent a picture of a noose.

Dan Parkins, from Walsall, was one of those killed: "When I accepted a friend request from Rob I thought maybe he was someone I met in the chai tent at the Big Chill. Then he updated his status to 'Rob wants to wear your skin.'

"Next thing I knew, a tiny picture of a knife appeared on the screen next to a message saying I'd been murdered. It's tragic – I had so much to look forward to in life and my death is a great loss."

Chief Inspector Guy Lawson, who is leading the investigation into the murders, said: "What's particularly shocking about this case is that only minutes after his first attack the killer had uploaded a funny picture of a cheese slice that looks like a face.

"Hodder is a shockingly callous man and once we've found him on Facebook and joined his network we fully intend to use the Do A Hanging function."

A spokesperson for Facebook said: 'When we introduced the 'Do A Brutal Murder' feature we clearly overestimated our users' ability to differentiate between reality – as in things that actually exist – and the pretend world of tawdry self-promotion and nauseatingly contrived quirkiness that is our website."