HAVE you got a friend who gives you ‘too much information’ about everything from medical problems to their sex life? Read our guide to making them stop.

Overshare disgustingly back at them

Top their endless stories about their chronic psoriasis by describing bloodcurdling dental surgery or the pus-filled boils on your groin until they want to vomit. They will start avoiding you and the places you might sit.

When they’re midway through a story about the traumatic day they found out their parents were swingers, ask a lot of horribly invasive questions so they think you’re a pervert and leave you alone.

Tell them you’re keeping a record of all your conversations

Pretend you’re worried about ending up in court or at a tribunal accused of something you didn’t do, so you record every conversation you have. Will make you sound deranged but they probably won’t describe their sex life in gruesome gynaecological detail.

Extreme, yes, but if they don’t think you can hear, it won’t really be ‘sharing’ so they’ll go and bother someone else. And if they still keep talking, consider piercing your own eardrum with a chopstick to make it real.

Snap and shout ‘Why are you telling me all this sh*t?’

People who overshare tend to have no self-awareness and will be shocked to realise you don’t want to hear about their recent bout of diarrhoea. Don’t worry about upsetting them – after a day or two they’ll be unable to resist telling another person about their fascinating bowels.

Birthday GIF takes care of friendship for another year 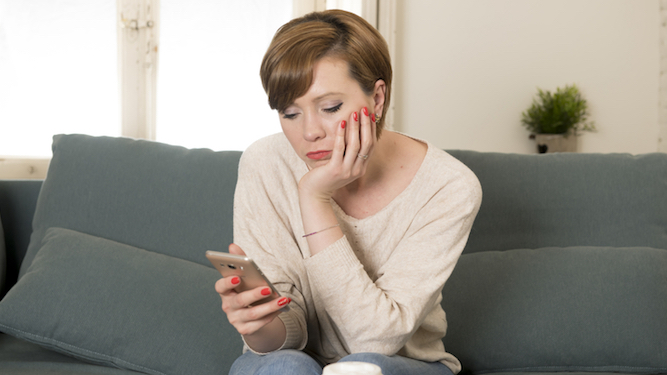 A HASTILY chosen ‘happy birthday’ GIF has taken care of two women’s friendship for another year.

As Donna Sheridan turned 30 this week, friend Nikki Hollis sent her a short video which is slightly better than a cartoon picture of a birthday cake.

Hollis said: “We’ve known each other since school and she’s one of my closest friends, so it’s important to really put the effort in.

“I wouldn’t insult her with some basic GIF. I spent more than a minute scrolling before settling on the Beyonce birthday hip shake. It’s really entertaining for about three seconds.”

Sheridan claimed to be delighted to receive the missive and responded with the traditional ‘Thaaaaaaaanks’ followed by a heart emoji to show her gratitude.

She said: “There’s nothing like a short clip shared by millions of other people that took less than 90 seconds to send to celebrate the spirit of friendship.”

However mutual friend Eleanor Shaw is now in the doghouse after only sending an attachment-free WhatsApp message, with no emojis and only one exclamation mark.