DUP to expand into f**king up other countries

THE DUP have confirmed they are not content with merely f**king up the UK and Ireland, and would like to move into f**king up bigger and better countries.

The party believes that their continual unhelpful interventions in the Brexit process have attracted attention on the world stage, and hope to set up franchises around the world.

Leader Arlene Foster said: “We’ve got 10 MPs. We were elected with less than 300,000 votes. But we’ve proved our ability to bring far larger countries to their knees.

“So The Little Party That Could F**k Things Up is going international. Whenever there’s a functioning democracy that needs everything bringing to a grinding halt, we’ll be there.

“Imagine how great America could be if everything depended on the say-so of one party ruling one half of one tiny state who believed they were more American than anyone else.

“Or Canada, or Nigeria, or China, or anywhere. All we need is one tiny foothold and we can frustrate everything. We’re the sand in democracy’s gears.

“And it’s profitable. We’re looking at billions from this latest scam. And there’ll be more where that came from.”

Most London flats actually worth £2,000 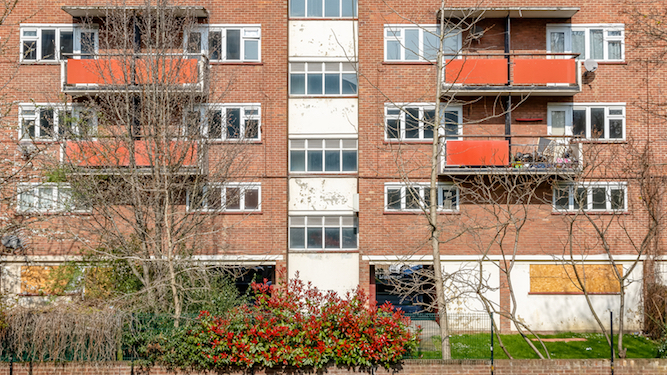 THE sane value of the vast majority of London flats is roughly £2,000, it has emerged.

Despite the six and seven-figure asking prices attached to cramped hovels located in some of the sh*ttiest areas of London, over 90 per cent of their ‘value’ is estate agent hype.

Surveyor Nathan Muir said: “Take an area like Lower Sydenham. When they say ‘lower’ they’re not talking geographically. They mean ‘mired even deeper in the urban cesspit than Upper Syndenham’.

“Like other parts of London, most local flats have all the crummy features you’d expect, such as tiny, oddly shaped rooms, a grotty hallway full of old post and mental neighbours.

“And of course bathrooms with just a shower, the obligatory toilet seat that won’t stay up and a miniscule washbasin that looks like a toy one for children.”

London flat buyer Emma Bradford said: “I’ve just bought a place in a weed-ridden, half-boarded up mortuary of a suburb, overshadowed by a mega-B&Q and decommissioned gasworks and littered with abandoned Lidl trolleys.

“It came with a malfunctioning washing machine though, so for £850,000 I think I’ve got a bargain.”