You're the ones who are wrong, people who have already done Christmas shopping told

PEOPLE who have already finished their Christmas shopping have been told that they are the ones who are somehow deficient.

Sanctimonious deviant Donna Sheridan began buying things for Christmas in the January sales, completing her final purchase yesterday while you were still trying to remember how many cousins you have.

Sheridan said: “I like to have them all wrapped in good time, so I can spend December drinking mulled wine, going to carol concerts, and volunteering at a local charities.

“I could never do all my shopping at a 24-hour petrol station at 11pm on Christmas eve like you do, and I truly admire that level of spontaneity.”

However Sheridan’s neighbour Mary Fisher said: “At first I felt like she was somehow admirable, then I realised that she’s just weird in an annoying way.

“In her obsessively competitive mind she has to somehow ‘beat’ everyone by buying a load of crud then wrapping it in shiny paper.

Professor Henry Brubaker of the Institute for Studies agreed: “The ‘early present people’ are wrong. It’s like arriving at a bus stop three hours before your bus is due.

“You don’t do that unless there is something the matter with you.”

I've leased this Snickers back to myself via an offshore holding company, says man caught shoplifting 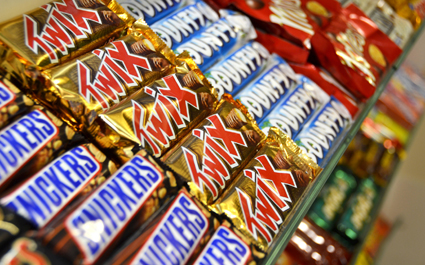 A MAN leaving a shop without paying for a Snickers has explained that, thanks to a network of complex offshore arrangements, it is perfectly legal.

Julian Cook told Londis staff that the Snickers had been leased by a business registered in the Cayman Islands and owned by a Jersey-based trust, which has claimed a full tax refund from a UK accountancy firm at which his wife is a valued client.

He told the shopkeeper: “You’ll be paid, but not in the form of a cash sum or anything drab like that.

“It’ll be an interest-free loan channelled through a business incorporated in Ireland that’s stateless for tax purposes, to a company registered in the British Virgin Island to myself and my father which will lend that money to its Lithuania subsidiary for tax relief.

“Really it’s more efficient, you’ll get the full amount minus the 20 per cent VAT of course, and not one bit of it is breaking the law. Thanks. Ciao.”

Convenience store owner Norman Steele said: “At first I was absolutely furious, but the more he explained the more bored I got and, in the final analysis, I’ll probably just let him get away with it.”