GANGS wearing the colours of Apple Music, Deezer, Spotify and Tidal are battling for supremacy on the streets.

Teenagers, each fanatically devoted to the music streaming service they subscribe to, have vowed to wipe their rivals from the face of the earth.

Apple gang leader Helen Archer, wearing a necklace of severed ears, said: “There can be only one.

“Just like my grandfather battered mods with a motorcycle chain, I’m garrotting anyone who dares say artists can survive on $0.007 per play with my Beats headphones.

“Because music is important.”

42-year-old Joseph Turner said: “They grabbed me when I’d ventured out for supplies and held me down, a knife to my groin, while they checked the apps on my phone.

“I tried to tell them I just buy mp3s from Amazon but they didn’t believe anyone could be that backward.

“They wouldn’t let me go until I agreed to a free three-month trial with exclusives from artists including Drake, The Black Keys and SBTRKT.”

Cameron surprised at how quickly he’s turned into John Major 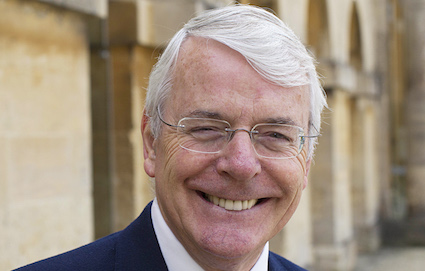 DAVID Cameron is genuinely shocked at the speed at which he has become a lame duck continually undermined by Tory Eurosceptics.

The prime minister admitted his tiny Commons majority ‘had John Major’s stink all over it’, but insisted the swivel-eyed Eurosceptic revolt which will eventually destroy his premiership was supposed to happen later this year.

He said: “Fucking hell, that was quick. Can you not just let me have a few months to look like I’m even vaguely decisive and in charge?

“I would have been happy to start the u-turns and the pandering to your raging xenophobia in late October. This seems unfair.”

The prime minister revealed he has brought forward plans to hold a dramatic press conference where he invites ‘someone weird, like John Redwood’ to challenge him.

He will then emerge triumphant and completely fucked and after a few years people will remember his face but not his name.