Taxman Gets Power To Hold You Upside Down

THE Inland Revenue is to get new powers to hold people upside down and shake them until all the money falls out of their pockets.

The Inland Revenue already has the power to take anything it wants out of taxpayers’ bank accounts whenever it feels like it, and to sleep with their wives.

However, the new powers were deemed necessary after it emerged that some people still had the odd penny left in their clothing.

Warren Justice, Director of Taxpayer Harassment at the Inland Revenue, said the new powers would be used unsparingly and against everyone.

He said: “It is obvious to me from the way stuff keeps getting bought that many people in this country still have money after we have supposedly finished with them. That is as unacceptable as it is astonishing.”

Mr Justice said all money collected by this method would be destroyed by taxmen in a controlled explosion behind the bar of the Inland Revenue Sports and Social Club.

Later this year the Inland Revenue will be given the right to set a wild boar on anyone suspected of withholding tax.

And from next April it will be given the right to strangle people in their homes with its bare hands, whether they have any money or not. 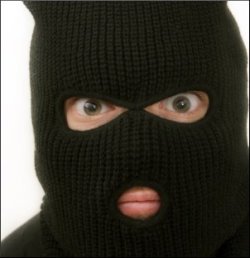 PRIVATE health care firm Bupa is being parachuted in to take control of the NHS’s failing British terror campaign, the Daily Mash can reveal.

The current NHS atrocity management team is to be removed immediately following a series of embarrassing terror blunders in London and Glasgow, and day-to-day control of the al-Qaeda offensive will be handed to a crack team of private sector executives.

Dr Stephen Malley, head of Bupa’s NHS taskforce, said: "The NHS terrorists are good people with good intentions and they are doing their best to incinerate themselves and the public in very difficult circumstances. But it is clear they need private sector expertise.

Dr Malley promised the public would see immediate results with a rapid reduction in waiting times for terror operations and a huge decrease in survival rates.

A spokesman for al-Qaeda welcomed the move saying it was obvious the existing NHS terror managers were "useless fuds" who could not organise "a virgin deflowering in paradise".

However, the move has been criticised by health sector unions who described it as a threat to the founding principles of the NHS, that terror should be available to all and free at the point of delivery.

Roy Hobbs, of the health services union Unison, said: "The NHS has some of the finest terrorist doctors in the world today, and this is an insult to their hard work and dedication.u

"This is privatisation by the back door and will lead to a two-tier terror service. Before you know it people will have to pay to have themselves blown up, and that is unacceptable."