A 49-YEAR-OLD Brexiter has justified saying ‘we’ won World War Two by claiming he remembers the fighting from inside his grandfather’s left boll*ck.

Norman Steele says his vivid memories of street-by-street fighting through French towns, even encased in a scrotum as he was, mean that his constant references to an 80-year-old war bearing no relation to the current crisis cannot be challenged.

He continued: “I didn’t spend five hard years fighting a war inside my granddad’s ball sack to get pushed around by Angela Merkel.

“We were a band of brothers in there, you know. We were part of ‘the few’, even though there were eight billion of us swimming around.

“Dunkirk, North Africa, the long, slow slog of the Italian campaign… I lost some great comrades to wet dreams and hand shandies, and it’s vital that their sacrifices aren’t forgotten due to the UK’s surrender to the EU dictatorship.

“Hard to believe? Perhaps. But I’m so desperate for a bit of excitement in my bland, economically secure existence that I’ll claim anything at this point.

“Could I have been an ova? Don’t be stupid. Do I look like a woman?”

Five mysteries Coleen Rooney could solve the f**k out of 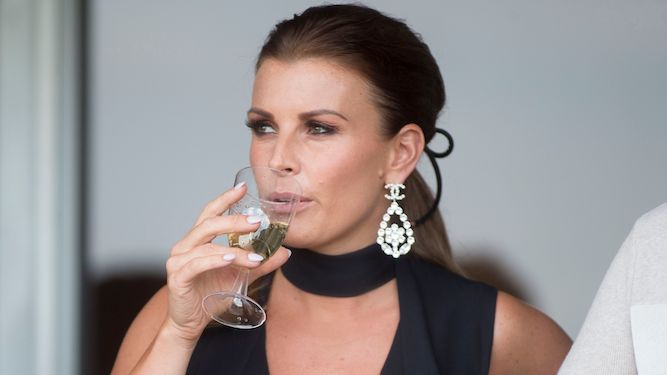 LEADING WAG detective Coleen Rooney has already unmasked Rebekah Vardy as pure evil, but what other historical mysteries could she solve?

Everyone knows Lee Harvey Oswald was a patsy, but what shadowy forces were behind him? Using her key investigative tool, Instagram, Coleen calculates bullet angles, matches faces in the crowd, and pins the blame on rogue elements within the CIA working under the direction of…… Rebekah Vardy.

The disappearance of Amelia Earhart

The celebrated aviatrix vanished in 1937, midway through a round-the-world flight. Tracing radio signals and finding new eyewitnesses, Coleen will conclude the flight was deliberately led off-course to get rid of a possible rival for gossip magazine deals in the 00s. The guilty party…… Rebekah Vardy.

The identity of Jack the Ripper

The killer of six women in London’s East End in the autumn of 1888, the name of the killer has never been discovered. Coleen delves into police records, picks up clues left by artist Walter Sickert, and eliminates all suspects to reveal the killer was a woman, crazed with jealousy and desperate for press. Her name…… Rebekah Vardy.

The first permanent English settlement in North America vanished without trace in 1590, leaving only the single word ‘CROATOAN’ carved into a tree. After consulting with experts in the Secotan language of the native Americans, Coleen makes the chilling discovery that ‘croatoan’ directly translates as…… Rebekah Vardy.

The extinction of the dinosaurs

66 million years ago, a mass extinction killed three-quarters of the species on Earth. Scientists have blamed a meteor strike, but Coleen discovers fossil records proving that a one-way timegate was used to dump incriminating evidence from 2019, carrying deadly pathogens. The culprit…… some bird Wayne’s been shagging but I found his phone, didn’t I? So back the f**k off bitch.