BREXITERS and remainers set aside their differences yesterday for a festive football match which then descended into a foul mouthed argument.

The two teams emerged from behind their computer screens around midday to shake hands and sing carols before the friendly kick about.

Remainer Tom Logan said: “The tweets and the Facebook posts fell silent. We climbed out of our entrenched views, looked into the face of the enemy and realised that they are just like us after all.

“But then there was a disputed free kick and one of the Brexiters called me a ‘remoaner’ and I said that the very fact that Brexiters invented the word ‘remoaner’ proves what complete fucking imbeciles they really are.

“Then the Brexiter said that half of our team probably wasn’t even British and I called him a fat, Nazi bastard.”

All 22 players then scurried back home to their laptops to continue insulting each other. 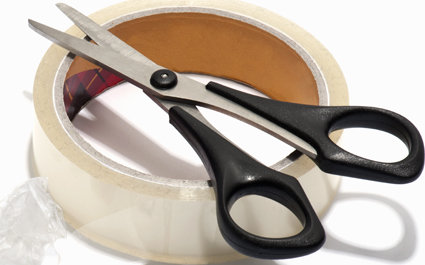 THE Sellotape and scissors cannot be found because they have disappeared on a doomed, crime-packed road trip, it has emerged.

The lovestruck outlaw household items have embarked on a passionate ‘looting and shooting’ spree, leaving a trail of corpses and unwrapped presents behind them.

A police spokesman said: “We became aware of their rampage when Sellotape crashed a stolen car into a TK Maxx before staging an impromptu bank job where the scissors threatened to stab anyone who moved a muscle.

“Truly this generation of stationary is out of control. On the other hand, you can’t help admiring their sheer wanton passion for life. If only it were channelled into making presents look presentable.”

Pair of scissors Nikki Hollis said: “We are the yin and the yang, I cut stuff and he sticks it back together but in a slightly demented way. It’s deep.”