Cameron Iran speech 'lip-synced' to video of Blair on Iraq

DAVID Cameron mimed a speech on Iran to the audio of an old Tony Blair speech on the need to invade Iraq.

Downing Street confirmed the prime Minister dug out an old VHS recording of Tony Blair speaking on Newsnight in the summer of 2002 which he then transferred to his iTunes.

Officials said it would hopefully explain the confusing references to Saddam Hussein, President Bush, and the Nelly & Kelly song ‘Dilemma’.

The speech, which Downing Street described as ‘an affectionate tribute’, has proved a hit and the prime minister is already planning to perform the whole of Blair’s famous ’45 Minutes to Mass Destruction’ to a packed House of Commons next month.

He said: “The big finish, where I say Iran is actively trying to acquire nuclear weapons capability, is going to blow off the fucking roof. I want to see every MP on their feet joining in.

“You all know the words!”

Noughties politics revival fever is now sweeping the nation. Other political speeches from the era are hitting the pub circuit including the classic ‘Why doesn’t anyone do anything about North Korea when they actually have nuclear weapons?’.

Meanwhile 2002 chart toppers Hans Blix and the ‪United Nations Monitoring, Verification and Inspection Commission‬ are reforming for another pointless tour. 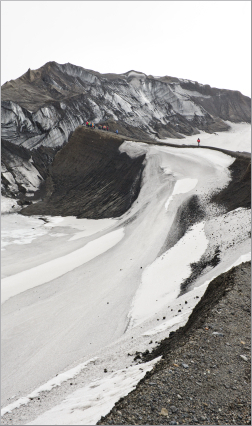 EXPERTS have called for hippies to be turned away from Antarctica to stop them ruining it.

Hundreds of potentially catastrophic organisms are being transported to the continent in the bongos and dreadlocks of vegan scientists.

And new research shows that hippies are the perfect carriers for alien species by being warm, moist and spattered with nutritious food patches and flecks of their own dung.

Ecologist Dr Nathan Muir said: “The biodiversity of Antarctica must be kept to a minimum which I know is the opposite of what we usually say but shut up.

“The leopard seals tell us they’d much rather we send over Bear Grylls-type explorers, rather than someone teeming with bugs who will then try and convince them to share their fish equally.”

Antarctic border patrols will deploy strict anti-hippy measures, including trick questions involving the mispronunciation of elvish. Meanwhile the airport at Tierra De Fuego will play Ozric Tentacles albums in a bid to catch anybody nodding along with their eyes shut.

Dr Muir said there was now international agreement that any new Antarctic shelters that are shaped like teepees should be bulldozed immediately without checking to see if anyone is inside.

He added: “We are in danger of the whole continent turning into a Levellers gig, but with slightly less wind.”