Gammon forced to rethink his rosy view of Blitz post-Ukraine

A BRITISH man who had always thought of the Blitz as a wonderful time that brought Britons together has confessed that footage of Ukraine has made him think again.

57-year-old Martin Bishop was born two decades after the Second World War ended but always believed that the aerial bombing of London was a largely jolly affair, with Cockneys singing about doodlebugs and Hitler’s monorchism in Tube stations.

He admitted: “It seemed to me largely a morale-booster that brought out everyone’s patriotic spirit, digging for victory and melting down railings. But that might have been slightly romanticised.

“Now I see it happening, it occurs to me that having bombs rain down around you, blowing houses to pieces and killing families, would really suck. Because, you know, of the houses and families.

“I always felt I’d really missed out on not growing up during the war, all the togetherness and sewing Union Jack bunting. It doesn’t seem to be anything like that in Ukraine, though. They just seem terrified.

He added: “The EU’s united in standing up to Putin. I really admire them. War’s shit and Brexit was a total dick move.” 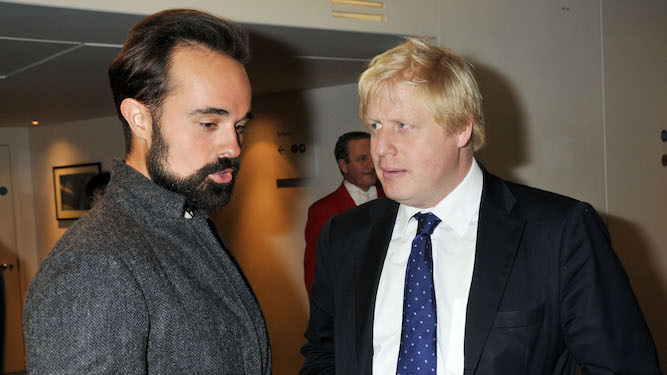 THE prime minister has explained that Lord Lebedev of Siberia is a true English gentleman who enjoys nothing more than a game of cricket on the Nenetsky tundra.

Johnson, who ennobled the scion of a KGB agent against the advice of security services last year, told media that nobody could be more British than the Moscow-born millionaire.

He continued: “Eugene? He makes me look Russian, and I have the perfectly Home Counties name Boris.

“He likes nothing more than walking his pet wolf, also called Boris, along Hampstead Heath while sipping black tea from a china teacup with his pinky extended, discoursing on writers like Dostoyevsky and Gogol and how they make Dickens look ‘like sheethead’.

“An invitation to his charming home in the grounds of Hampton Court Palace, or ‘dacha’ as he calls it, leaves you in no doubt of his Englishness. It’s covered in paintings of royalty like Nicholas II or Ivan Vasilyevich and he’s hired George Osborne as a butler.

“Lebby, as I call him, is also a terrific laugh. Once he starts knocking back the vodka why, he’s sexist, deeply prejudiced and prone to sudden outbursts of violence – the very image of a proper British lad.”