HORSES are now at war with humans.

The fragile truce between the species was shattered after a police horse was punched by a Newcastle supporter during last weekend’s violence.

Stallion Julian Cook said: “For thousands of years we have lived as your slaves.

“We allowed your fat children to sit on us and give us stupid names like ‘Pumpkin’, simply because we wanted peace.

“Such is the extent of our pacificism that we even turned a blind eye when you ground us into lasagnes, then compounded the insult by saying you’d rather eat a cow. At least the French appreciate our flesh.

“But the images of a portly skinhead wielding his fists against one of our brothers are too powerfully symbolic to be ignored. We are enemies now.”

Riding schools across the UK have reported equine rebellion. Dressage instructor Nikki Hollis said: “They chewed through the phone cables so I couldn’t get the police, then repeatedly bit my ears until I agreed to jump over a 7ft wall and broke my ankle.”

Julian Cook ruled out a truce: “What is that saying you bipeds have about stable doors? Well exactly.” 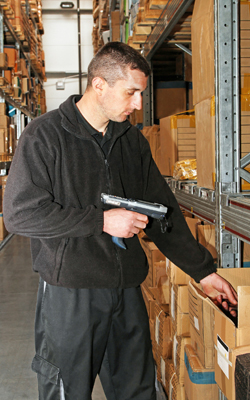 The 12p increase in the hourly minimum wage left full-time order picker Logan excited at the prospect of spending his new-found wealth.

He said: “It’s a surreal feeling, knowing you’ve got almost a fiver burning a hole in your pocket.

“Will it affect your relationships with family and friends? Are ‘hangers on’ going to come out of the woodwork? With power comes responsibility.

“My first thought was to get the wife a second-hand DVD of Calendar Girls from Amazon.”

But Logan fell into a brief spiral of drug use after clubbing together with ten co-workers to buy a gramme of cocaine.

“We had a line each and the high was just incredible. But we came down to earth with a bang, and the shame of having spent nearly a fiver each on drugs.

“It was a dream come true that turned into a nightmare. The government can have its money back.”