Insane Clerics To Use Conference Calls

As home secretary Jacqui Smith pledged to bar extremists from the UK, dozens of unhinged Islamic preachers said it was not a problem and they could just do it over the phone.

Omar Bakri Mohammed, banned in the UK since 2005, said: "BT's MeetMe service is very reliable. I have often used it to call for the beheading of women who wear knee-length shorts."

He added: "It allows up to 20 lunatics to take part simply by dialling into a 'meeting room' number and there are many interactive features to enhance the level of swivel-eyed participation."

Bakri said in the last three years he had been able to call for the murder of homsexuals and Jews while saving thousands of pounds on travel and hotel bills.

Yusuf al-Qaradawi, banned since February, said: "I find BT a little bit pricey so I usually opt for the basic package from All Call which allows me to talk to six maniacs at once.

"The set-up is remarkably simple and you can always upgrade to the Advanced package which gives you a unique PIN number, but it's still only 5p per minute. It's so cheap – they must be mad!"

Al-Qaradawi added: "If for any reason a demented conference call is not convenient, then I simply make a crazy video and put it on the internet."

BP Has All The Money 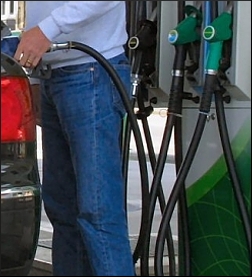 THE mystery of where all the money has gone was solved today as BP announced profits of £1200 a second.

Economists, baffled at the disappearance of more than £1.8 trillion in the last 12 months, now believe it is sitting safely in the account of the multinational oil giant.

Bill McKay, chief economist at Donelly-McPartlin, said: "I'm so relieved. We've been looking for this money for ages.

"Some claimed it had been abducted by aliens, while others insisted it had been stolen by pirates and buried under a palm tree in the Caribbean.

"But I always had a feeling that BP would have it. You see, money is a bit like a salmon. It swims around in the ocean for a while but sooner or later it always finds it's way back to BP."

Meanwhile the company has produced a new promotional video of chief executive Tony Hayward explaining how the company can now afford to buy a Sony Bravia 46-inch LCD TV from Comet every second.

Mr Hayward is then seen clicking his fingers at regular intervals while saying, 'there's another one, and another one'.