Killer Robots Nothing To Worry About, Say Army Chiefs

THE army has pledged to keep building massive killer robots with a grudge against humanity, insisting that nothing could possibly go wrong.

Recent projects by the Massive Psychotic Robot Research and Development team include Deathatron, a 500ft metal man with glowing red eyes, circular saws for hands and the brain of an insane genius.

Deathatron is currently chained up in a dank laboratory-cum-dungeon, where he is constantly goaded by callous guards in preparation for his role as an obedient, benevolent guardian of humanity.

Inventor Dr Colin Purves said: "There's absolutely no way that Deathatron won't turn out to be a total boon. Despite his vocabulary being limited to the word 'KILL' he is actually very gentle around children, provided they don't make any fast moves or wear green.

"'As soon as I've finished turning his eyes into twin hate-activated death rays, I shall hand him over to the army where he will be able to help gently coerce civilians in disaster-struck regions into leaving their villages.

"It'll definitely be fine. I'm almost certain about that."

Dr Purves' other creations include 'Killjaw', a massive steel dinosaur with an insatiable appetite for human flesh, and 'Meltdown', a manic-depressive, easily-brainwashed android whose head is an enormous nuclear warhead, both of which recently disappeared following a raid on his lab by terrorist fanatics hellbent on plunging the world into chaos.

He said: "That was quite annoying, but I'm sure they'll turn up. No biggie." 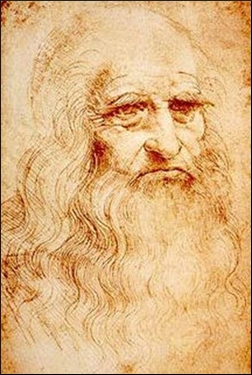 Each week he will visit one of the world's great museums, dismissing any painting where you can't make out their faces, while developing his theory that all the great foreign artists were 'nothing more than communist bum-bandits'.

A BBC spokesman said: "In recent years our fine arts programming has been filled with educated enthusiasts who can only comment on their subject with wit and insight, instead of Jeremy's trademark plebeian sneering and populist bullshit."

Key elements will include a series of races across continental Europe against the art critic Brian Sewell.

The spokesman added: "If Jeremy gets to the Uffizi in Florence before Brian he is allowed to wander round the museum, pointing at every piece of renaissance art and saying 'I could do better than that, seriously I could'.

"He will then make an 'L-shape' with his hand and hold it to his forehead while chanting 'loser' over and over again like some eight year-old boy."

Another regular strand will be the 'Star in a Reasonably-Priced Opera', in which celebrities must perform 'Klange der Heimat' from Die Fledermaus as quickly as possible.

The spokesman said: "The first show will feature Stephen Fry singing the aria in full costume before he and Jeremy sit down and have a right good laugh about all the money they make from the BBC."

Clarkson also plans to restore Michelangelo's 'Last Judgement' fresco for less than £50 using a welding torch, a pick axe and a can of Ronseal woodstain.

Assessing the Jeff Koons Serpentine exhibition, Clarkson said: "If this painting was Ikea furniture, it would be a Poang chair with the matching footstool.

"It has more colour than a supercharged rainbow that's eaten a packet of Opal Fruits and demands your attention like a baby Hitler who's just dropped his Auschwitz."