PRIME Minister Gordon Brown has dismissed the latest London bomb scare as "feeble" and "unlikely to frighten the public".

Mr Brown is understood to be disappointed with MI5's effort, describing it as "half-arsed and transparent".

A source close to Brown said: "The PM wanted to start things off by scaring the absolute, holy shit out of people.

"A badly driven Merc with a couple of gas bottles in the back does not cut the mustard.

"We asked for Arabic literature on the passenger seat, a map of Whitehall with big red crosses on it and a huge controlled explosion on live television. Someone will be getting their backside felt for this."

The source added: "We're trying to introduce ID cards, imprisonment without trial and swingeing restrictions on freedom of speech.

"We wouldn't be able to force through new parking regulations on the back of this pile of arse."

Police say they are looking for "a man" in connection with the incident in London's Haymarket.

A Metropolitan Police spokesman said: "Our investigations are currently centred on a man. If you see a man you should react with complete terror and run screaming into the nearest busy shop or pub."

Queen Spending 'A Shitload' Of Money, According To New Report 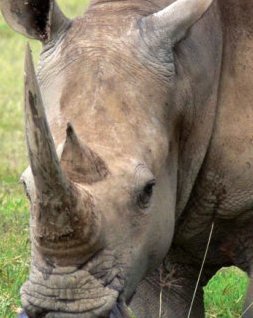 SPENDING by the Royal Household has increased from a serious wedge to a shitload, according to official accounts.

The Royal Family's appetite for luxury continues to expand with vast sums being spent on exotic food, international jousting competitions and Aston Martins.

A Palace spokesman said: "Being a member of the Royal Family is a job. They work very hard and are not just a bunch of millionaires who spend most of their time on holiday or pretending to be interested in things."

Meanwhile the Queen's peas continue to be delivered individually in more than 250 horse-drawn carriages.

The system costs £28 million a year and turns Norfolk into a no-go area.

The event attracts fat men from all over the world who run for their lives across open parkland pursued by a panther.

It's the Queen's favourite event of the year and has her "doubled-up with laughter" according to Royal experts.