Majority Of Iraqis Expect To Still Be Alive By Lunchtime

THE number of Iraqis expecting to still be alive by lunchtime has risen to an all-time high, an upbeat new survey shows.

In a boost to the American-led occupation, 53% said they were confident or quite confident they would make it to the middle of the day without a major attempt on their lives.

However, the figure drops sharply for later in the day, with only 38% expecting to still be alive in time for Newsround.

Sayid al-Qutb, a shopkeeper from Baghdad, said: "Things is much improve since American Bush arrive.

"I used to fear Saddam’s men come in night, kidnap me, put bag on head, then knock down house and plough salt into ground.

"Now when family disappear, it in big boom at supermarket. That much quicker. Much less worry yes?"

He added: "Also when Americans come take me away, they make me stand on bucket with wires attached to penis, but is not plugged in, like with Saddam. It just for laughs. Much improve.

“Now we get Sky+, but not filthy-dirty channel. I watch Premier League. Manchesters United. Much, much better. Still, even with Keegan, Newcastle is being shit, yes?"

Free Bank With Every New Mobile 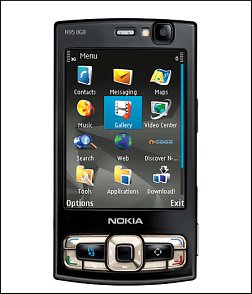 COMPETITION has intensified in the mobile phone market with rival companies offering a medium-sized bank with every new handset.

Vodafone are tempting new customers with a Motorola V9 or a Samsung G600 and their choice of HBOS, the Woolwich or Bradford and Bingley.

A Vodafone spokesman said: "The HBOS deal is going well, but a lot of people are saying they would rather just have the phone without being saddled with the Woolwich's over-valued mortgage book."

Carphone Warehouse said it has attracted thousands of new sign ups with its range of Nokia deals, which include a bluetooth headset and a seat on the board of Alliance and Leicester.

A company spokesman said: "We don't want to overwhelm people. At the end of the day they are buying a phone, not a bank."

Meanwhile O2 is enhancing its Apple iPhone offer with 200 free minutes, 100 free texts and a controlling stake in BNP-Paribas.

Roy Hobbs, deputy chief economist at Madeley-Finnigan, said: "More and more people are transferring their assets out of banks and into Tupperware. And then putting the Tupperware on a secret shelf inside the chimney breast.

"Inevitably this means warehouses filled with worthless banks that have to be given away for nothing before they start to stink like rotting cheese."