Muslims And Christians To Unite In Hatred Of Gays

A GROUP of senior Islamic clerics has written to Pope Benedict XVI calling for the world's two biggest faiths to find common cause over their obsessive hatred of gay people.

The Muslim leaders have appealed to Christians to join them in making increasingly bizarre and inflammatory claims about the nature of homosexuality.

The letter states: "Dear Pope – We hate the poofy men more than you. Yes? We think so, but maybe no. Why not we have coffee soon and be finding out?

"You say men with men is disease. We say it caused by devils. It is, how you say, 'potatoe – potahtoe'.

"We also want to tell you and all Christ followers – we love Creationism! Also, let's talk about women and how rubbish they are at everything."

The letter ends: "What world needs right now is much power to religious fundamentalisers. Yes? See you soon. Best regards, the Muslims."

Pope Benedict has yet to respond officially but Vatican sources said the Pontiff read the letter while nodding a lot, pointing to different paragraphs and shouting "yeah! yeah!".

Tom Logan, professor of theology at Glasgow Clyde University, said: "Some people may be wondering why this has taken so long, given that they're all out of their fucking minds in exactly the same way. Probably something to do with money."

The inter-faith project is expected to start with a seminar on the top ten ways to hurt yourself in the name of God. 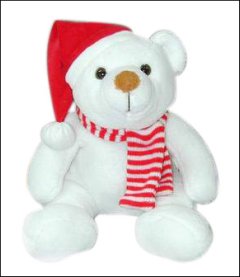 Mr Justice Brubaker said a number of statements made in the film were inconveniently completely untrue, including Mr Gore’s much publicised claim that all Polar bears now wore hats.

He said the former US Presidential candidate’s assertions that all dolphins had melted and that elephants were being forced to make footballs for Nike in India for slave wages were also, “a lot of cock”.

Justice Brubaker said: “According to Mr Gore climate change has forced monkeys to install air conditioning in their jungles and led to snakes growing arms so they can hold one of those personal electric fans. I don't think so.

“Anyway, if it is that bad why doesn’t he try turning off a few lights in his own mansion before telling the rest of us we have to recycle our own turds to stop our children from catching fire.”

However, the judge said the film could still be viewed in British schools as long as the head teacher stood up before each showing and said: “This is a flammed up can of old shite. Ignore it.”

A spokesman for Al Gore said: “The idea that former Vice President Gore would make an alarmist movie about climate change as a cynical and self-serving attempt to resurrect his political career is as wide of the mark as many of the claims we made in the film.”