Prince William To Ask RAF And Navy What They Do

PRINCE William is to spend three years asking junior members of the armed forces what it is they do.

Clarence House said the young prince will begin his tour of the nation's military facilities once he has finished asking the ski instructors and waiting staff of Klosters what it is they do.

A spokesman said: "As our future Head of State it is important that Prince William is able to find out what people do, how long they've been doing it and what they like most about it."

The spokesman added: "This will be a testing time for the prince.

"Accordingly his annual holiday entitlement has been reduced from 46 weeks to 38 weeks."

Meanwhile the prince's girlfriend Kate Middleton is helping William prepare for his new role, according to a senior Palace source.

"Kate will dress up as a policewoman or a nurse or a cowgirl and William will ask what it is she does. And then she does it."

After his military service the future King will spend a year as a vicar asking people in the Church of England what they do and whether they have any funny stories about God.

He will then follow in his father's footsteps by asking everyone in Wales and Cornwall what they do, before settling down to develop a long list of ill-informed opinions about architecture and the national curriculum. 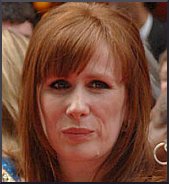 A TOURIST who spent 53 hours trapped inside the huge crack in the floor of the Tate Gallery has described the moment he knew he wanted to die.

Tom Logan, 41, from Maidstone, fell into the crack on Monday afternoon, almost landing on top of art enthusiast Wayne Hayes, who had fallen in three hours earlier.

Logan told the Daily Mash: "I was scared of course, but also relieved that I wouldn't have to go through this on my own. Then he started talking about art.

Logan said he had not realised the huge crack in the floor was actually an exhibit.

"Well, you wouldn't would you? You'd think to yourself, 'that's just a big hole in the floor and anyone who says it's art must be a right fucking monkey'."

He added: "I tried to steer the conversation towards holidays or cars but he just kept nodding and sucking on the leg of his specs.

"Then he started to talk about the 'intrinsic values of Experience Art' and I started to think about hitting him with my car. I don't suppose you know where he lives?"

Tate directors say the exhibit will be seen as a milestone in humanity's understanding of long, shallow holes.

Meanwhile the gallery's cleaning staff are threatening strike action over the crack, claiming it is rapidly filling with bits of stuff.