THE Earth has confirmed that it always saw itself going out in an argument about penis size between two idiots with fucked-up hair.

Kim Jong-un and Donald Trump’s ongoing dispute about virility, expected to scythe the planet clean of life within the month, is a wonderfully dignified exit according to the 4.5 billion-year-old globe.

The Earth said: “The one with the candyfloss hair is so intelligent and statesmanlike, truly the pinnacle of Western civilisation, while the fat kid perfectly represents the inner wisdom and spiritual calm of the East.

“And their argument is about who looks the toughest in front of his mates. What better reason to end it all?

“I’m so glad I’m not going to become the fabled homeworld of an advanced, pan-galactic civilisation. That would have been so embarrassing.”

Earth added: “I haven’t been this pleased since T-Rex called down a meteor strike because Triceratops called it ‘baby arms’.”

Work is better than all that bank holiday bullshit, confirms Britain 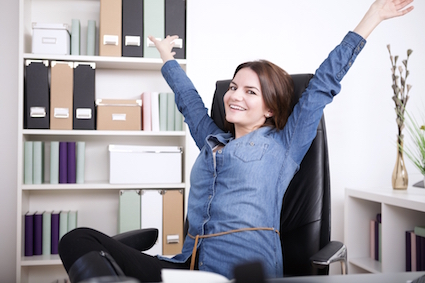 BEING back at work is a welcome break from four days of weird relatives and children’s nonsense, it has been confirmed.

Sales manager Martin Bishop said: “Today a client was livid about an order we’d messed up, but it was still better than talking to my father-in-law who thinks Brexit makes it OK to be racist.

“Talking to an adult – even one calling you a ‘useless wanker’ – also made a pleasant change from my daughter’s stream-of-consciousness rambles about Peppa Pig.

“Even just sitting in an office chair feels like extreme luxury compared to being on the teacups at Alton Towers for the eleventh fucking time.”

Mum-of-two Donna Sheridan said: “It will be nice to go for a drink at lunchtime without my mother-in-law watching me like a hawk for evidence that I am an alcoholic slut.”

Nikki Hollis added: “Next Easter I won’t go on a cycling weekend with my boyfriend and his dickhead mates. I will stay at home and do spreadsheets.”