Public Can’t Wait To Be Truncheoned Across The Jaw, Says Smith

MOST British people are looking forward to having a policeman stand on their windpipe, the home secretary said yesterday. Jacqui Smith insisted there was widespread public support for state-sponsored beatings and being asked to hand over your papers.

She said: "People have been coming up to me in the street and demanding I set about them with a baseball bat.

"One man even handed me a bamboo cane before getting down on his hands and knees and suggesting I start with his buttocks.

"And you would not believe the number of people who have already applied to be stripped naked and thrown in a police cell with a single, bare light bulb that is on 24 hours a day while being pummeled with a high pressure hose whenever they try to go to sleep.

"I ask them 'would you not want to know what you'd been charged with?' and they say 'no, of course not, that would be a victory for Al Qaeda'."

She added: "As I've always said, the vast majority of sensible people in this country understand that being at the business end of a brutal and unprovoked assault will actually make them safer.

"In fact, just last week I got a letter from an old lady who asked me to chase her onto the bus and then shoot her in the face.

"I thought I was going to cry."

Under Fives Not Taking Your Shit Any More 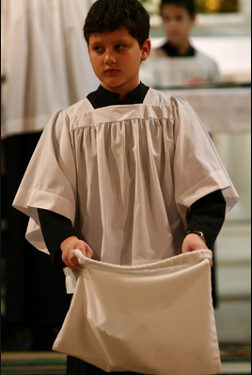 BRITAIN'S under fives are just not taking this shit any more, the National Union of Teachers has warned. 'It's a picture of me. Kicking your balls'

The NUT said until last year the under fives were the only children that teachers could give shit to without fear of reprisal.

However, since September the tables have turned and the country's tiniest pupils are not only up for it but are incredibly well organised.

Martin Bishop, a primary school teacher from Liverpool, said: "The one with the strongest legs goes at the bottom and the others climb on top until, collectively, they are tall enough to punch you in the face. It's like a troupe of evil, midget acrobats.

"Then they grab your legs and topple you over before the ringleader starts kicking you repeatedly in the groin."

He added: "They also like to hide in cupboards so that when you open the door to get some crayons about eight of them swarm all over you and then start biting you in the face."

Official statistics show that 1,500 under fives were suspended from school last term for cigarette smuggling, organising prostitutes and running a numbers racket.

Kyle Stephenson, four, said: "You think I'm funny? How the fuck am I funny? What the fuck is so funny about me?"