Soldier in war on drugs emerges from jungle of bullshit

A SOLDIER who has been fighting the war on drugs for more than 20 years has finally emerged from a big jungle full of bullshit.

Martin Bishop first entered the jungle in the early 1990s after pledging his undying loyalty to Peter Hitchens, the Emperor of Bad Ideas.

Over the decades small platoons of sensible people stood on the edge of the  jungle shouting ‘you’re wasting your time’ and ‘you do know that this won’t make the slightest difference?’.

But Bishop, who used an old CB radio to keep in contact with the Emperor, would reply with short bursts of ‘addiction is a fantasy’ and ‘jail them all’.

He eventually agreed to surrender after volunteers approached the jungle at night and left him some facts and a little bag of hash.

As he walked out of the jungle, squinting at the sun and reeking of bodily waste, Bishop said: “I now realise that the Emperor is mortal. And massively wrong about everything.

“I feel like a total idiot. I’m really Sorry.”

Miliband pledges After Eights for every middle class family 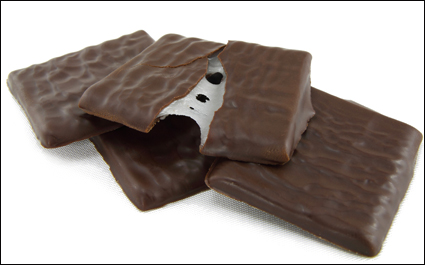 Miliband said “It’s about reviving the taste of elegant prosperity as enjoyed in the 1980s.

“For too long, the middle classes have been scared to dream. Let’s return them to a time when there was no cap on their aspirations, as long as they didn’t want anything more glamorous than a weekly dinner at a Berni Inn.”

The Labour leader believes that a family of four should be entitled to a weekly voucher allowing them to a free 300g After Eights box, with pensioners allowed as many free mints as they can carry.

“I’m sure they used to be the length and breadth of a doorstop.”