Terrorists Can Hold Their Breath For 41 Days, Claims Brown

GORDON Brown has quashed a backbench rebellion over the detention of terror suspects after revealing that terrorists can hold their breath for exactly 41 days.

The prime minister said detention for anything less than 42 days was pointless as the terrorists would simply take a big gulp of air, sit back and smile.

Mr Brown said: "Thousands of radicalised young men are travelling to training camps in Pakistan or Afghanistan where they are taught how not to breathe.

"These fanatics then return to the UK where they plan atrocities safe in the knowledge that their breath holding skills are more than a match for British justice."

An MI5 source said: "We've tried sticking their heads under water for absolutely ages. You may as well give them a cup of tea and a newspaper."

But Tom Logan, a terror expert at the Institute for Studies, said: "The prime minister keeps saying there are 2000 active terrorists in the UK, engaged in 30 active plots.

He added: "Maybe I'm being a bit dim, but if you can count them then  – surely to Christ – you can arrest them?" 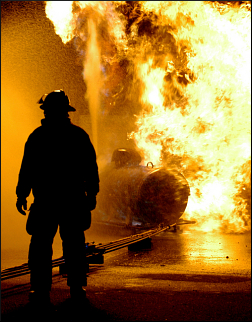 Professor Henry Brubaker, of the Institute for Studies, said he had better things to do than sit around listening to someone going on and on about some ghastly thing or other.

He said most of the stuff was incredibly dull as it almost always involved people he had never met, although he did once hear a good one involving a dwarf, a skateboard and a freak decapitation.

He added: “For 30 years we believed the best way to get over something was to go on and on about it. Not any more.”

“Having thought about it again we would be a lot happier if you just shut your stupid face.

“It would not be so bad if we knew at least one of the characters involved, or if you put a little effort into creating some kind of narrative arc.

“But its always some loser banging on about the horror of witnessing the death of their entire family in some random event. God, how many times have I heard that one?”

He added: “One lady last week told me that her parents got immolated after their Toyota Prius broke down and got run over by a petrol tanker.

“I tried to lighten the mood. No sense of humour.”