Utter bellends reminded that being a Nazi not actually patriotic

MORONS have been reminded that Britain actually fought Nazis during the war.

As the neo-Nazi movement grows in popularity among ‘patriotic’ British bellends, they have been reminded that Britain has historically always been against the Nazis.

93-year-old Roy Hobbs said: “I remember World War Two quite well because I actually fought in it, and I am absolutely certain that the people firing bullets at us were Nazis.

“So I’m not sure where all this stuff about neo-Nazis ‘loving Britain’ comes from. The Nazis definitely didn’t seem to like Britain very much because they put quite a lot of effort into dropping bombs on it.”

Neo-Nazi Wayne Hayes said: “Word War Two was fake news, they just used Photoshop to make it look like the Nazis were bad.

“Churchill was a proud Nazi and so are those bulldogs that we like – the massive squat ones that can’t breathe properly. We are into them because they are genetically perfect.” 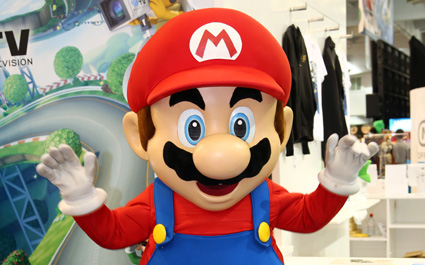 NINTENDO has shocked fans by revealing that Mario is no longer a plumber but has some bullshit office job doing marketing.

The console giant confirmed that Mario quit plumbing years ago because it is no longer considered cool to be a tradesman. He now has a comfortable desk job in a faceless corporation and wears smart casual clothing instead of overalls.

A Nintendo spokesman said: “When we created Mario the world was a more innocent place, and people respected tradesmen rather than just saying things on social media about how thick they are.

“So rather than fixing toilets and doing grouting, Mario now works in an office, designing promotional mugs for a soft drinks company with a shady human rights record.

“He gets paid more money and drives around in a little silver Audio rather than a kart, which he couldn’t even legally take on the motorway.

“Whether he’s happier or not we couldn’t say, we don’t really go that deep in video games.”

The spokesman added that Mario’s brother Luigi is still a plumber, but the pair haven’t really spoken since 2006 because of something that happened at Bowser’s wedding.