JACOB Rees-Mogg is favourite to be the new Tory leader because Britain votes for whatever is funny, it has confirmed.

Rees-Mogg, famous as the World’s Fair’s ‘Clockwork Man’, is eight points ahead of his nearest rival thanks to the UK’s newfound joy in fucking shit up for laughs.

“Imagine him in his bowler hat at the European Parliament like some dick out of Mary Poppins, lecturing them on fair play while using cricket metaphors.

“I voted for Boaty McBoatface because it was funny that they couldn’t stop me, I voted leave for the same reason and it keeps getting better. That last election was absolutely hilarious.

“Rees-Mogg would give us a uproarious election campaign, a side-splitting Queen’s Speech and shortly afterwards the farcical complete collapse of the Conservative party, like that Only Fools and Horses with the chandelier.

“Rees-Mogg for prime minister! This is even funnier than when I backed Leadsom.”

Labour supporter Stephen Malley said: “To be fair it’s why we chose Corbyn, and that has been absolutely piss-funny.”

British soldiers ‘may not be groovy hippies’ 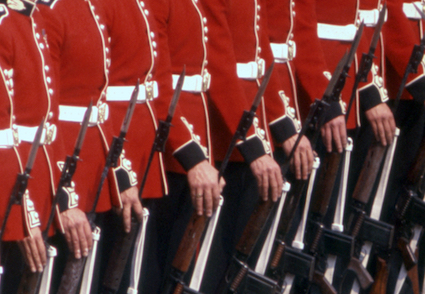 AN organisation that arms people and then gives them orders that must be followed without question may not be producing hippies, it has emerged.

As four serving British soldiers were arrested on suspicion of being members of a neo-Nazi group, there was widespread surprise that the Army includes some people with extreme authoritarian tendencies.

Conservative backbencher Deny Finch-Hatton said: “British soldiers are groovy, laid back pacifists who joined the army so they could go to Afghanistan to commune with nature and buy cheap tie-dye clothes.

“It’s what makes the British Army the loveliest in the world and also why we need Trident submarines.

“If these allegations are true then the Army needs better quality cannabis. Perhaps something Morrocan with a sweet, chill-out vibe that still allows you to drive a tank or fly an Apache helicopter.”

But Professor Henry Brubaker, of the Institute for Studies, added: “Angry, racist soldiers getting together to plan a violent overthrow of democracy was actually how the Nazis started.